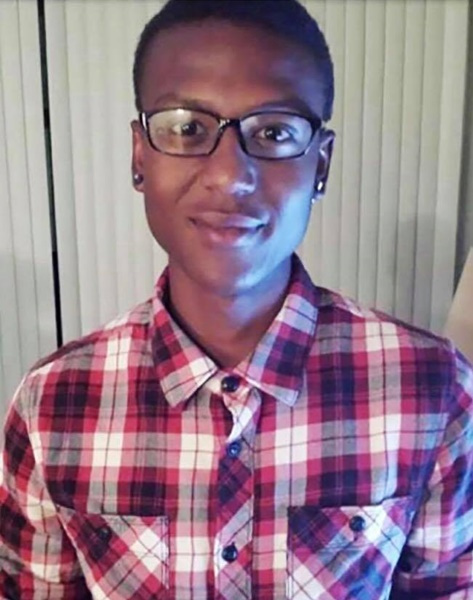 Elijah McClain was a 23-year-old man from Aurora, Colorado who died of cardiac arrest after being apprehended by police and forcibly injected with sedatives. The incident occurred in 2019, but his death came to national attention the following year during widespread international protests over the death of African Americans at the hands of law enforcement.

Elijah Jovan McClain was born on February 25, 1996. He was home schooled by his mother Sheneen McClain, who described her son as gifted and intellectually curious. McClain taught himself to play the violin as a teenager, and he regularly visited animal shelters to play music for abandoned animals to comfort them. At the time of his death, he was working as a massage therapist and shared an apartment with his cousin.

At 10:32 p.m., August 24, 2019, three officers from the Aurora Police Department—Nathan Woodyard, Jason Rosenblatt, and Randy Roedema—responded to a 911 call about an individual in a face mask waving his arms. McClain’s friends later noted that he regularly wore a face mask to keep warm due to an anemic condition. He was listening to music and may have been dancing when flailing his arms while walking.

According to the report filed later by the officers, McClain resisted them when confronted and reached for one officer’s holstered gun. No video exists of the encounter because the officers stated their body cameras had fallen off, but the audio recording revealed McClain at one point told the officers, “I am an introvert. Please respect my boundaries that I am speaking. Leave me alone.” The officers handcuffed McClain and pinned him to the ground for fifteen minutes. During that time, he vomited, cried, complained of being unable to breathe, and apologized to the officers. Woodyard placed McClain into a choke-hold, causing him to briefly lose consciousness. Paramedics arrived on the scene and injected McClain with ketamine, a sedative meant to calm him down. McClain suffered cardiac arrest while being transported to the hospital and was pronounced brain dead three days later.

On November 22, Dave Adams, the county district attorney, announced the officers would not face any charges as it was determined their use of force was justified under the circumstances. In June 2020, following global protests over the violent deaths of George Floyd and other African Americans at the hands of police, more than three million people signed a petition asking for an investigation into McClain’s death. On June 25, Colorado Governor Jared Polis appointed the state’s attorney general, Phil Weiser, to reexamine the case.

On June 27, thousands of people gathered at an Aurora park for a memorial violin concert in which dozens of professional and amateur musicians performed in honor of McClain. Aurora police, citing the belligerence of some protesters, used pepper spray and forcibly ended the event.