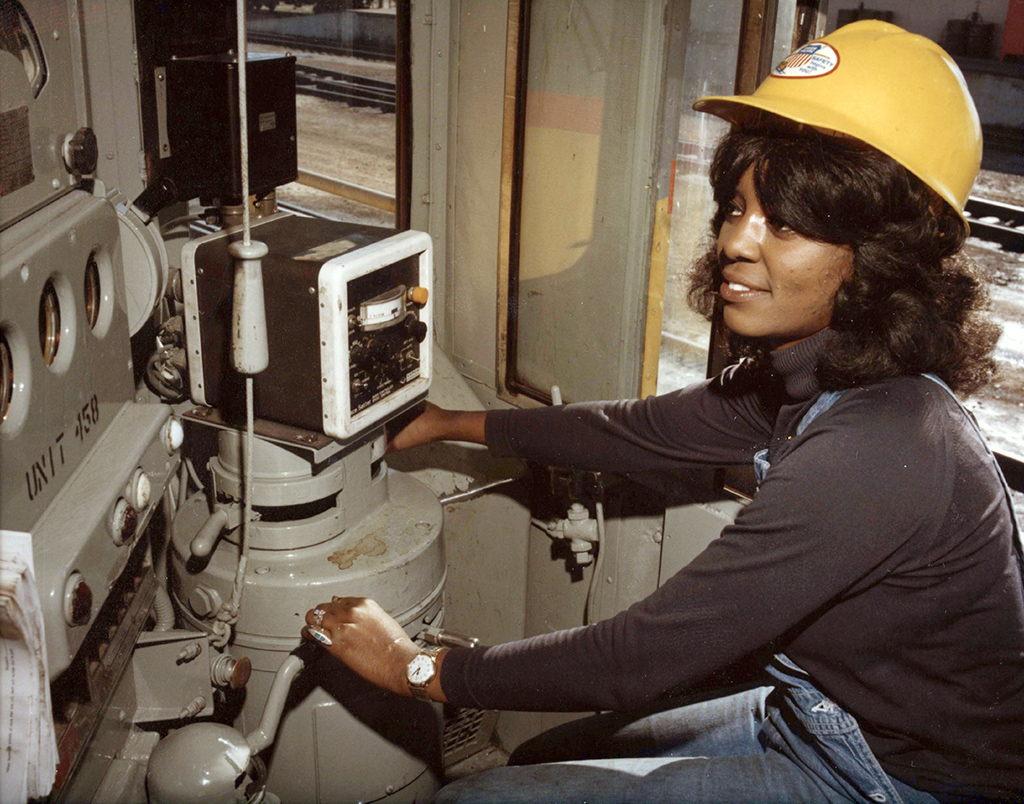 Edwina Justus, also known as “Curlie,” is the first African American woman locomotive engineer for the Union Pacific Railroad. She was born on July 11, 1943 in Omaha, Nebraska to Lee Chaney and Caldonia Isaiah Chaney. As a young child she attended Brown Park Elementary School as the first African American student enrolled there. In her teens, she matriculated into Omaha Technical High School where she participated in a variety of extracurricular activities that included sports, the Future Teachers Club, and choir. After graduating from high school in 1960, Justus secured a job at Western Electric where she worked as a wireman for eight years. During her time there, she applied for a position at Union Pacific, but the company denied her application due to her race and gender. Afterwards, she left Western Electric and enrolled at the University of Nebraska-Omaha in 1969 with the hopes of becoming a social worker.

After hearing of an open clerical positions for women at Union Pacific by a friend, Justus applied in 1972. She left the University of Nebraska and began working at Union Pacific Railroad as a Traction Motor Clerk in 1973 as one of only five black women at the company. As a Traction Motor Clerk, Justus monitored the condition of the traction engines and attended a workshop to learn about the locomotive engines. Upon hearing of a new position opening up for a train engineer while at the workshop, she readily applied.

In 1976, Union Pacific hired her for the position, and she became the first African American woman locomotive engineer for the company. The new job required her to move from Omaha to North Platte, Nebraska where she joined a population of only 79 African Americans in a town of 22,000 residents. Because of this, she encountered numerous racial incidents living in the city and on her job. In 1979, for example, a wooden cross was set ablaze in her front yard. While working for Union Pacific, she was called racial slurs from some of her white male coworkers although many others were friendly.

Despite battling both racial and gender oppression, Justus began her locomotive engineering job as a yard hostler, moving locomotives and their cars around in the train yard. Once settled into her new role, she made short trips to Cheyenne, Gering, and Scottsbluff where she transported livestock, corn, coal, and sugar beets. She later took on more responsibilities, sometimes working 12 hours a day transporting larger cargo such as cars and airplane wings.

Justus currently lives in Omaha and has four sons, 17 grandchildren, and 8 great-grandchildren.