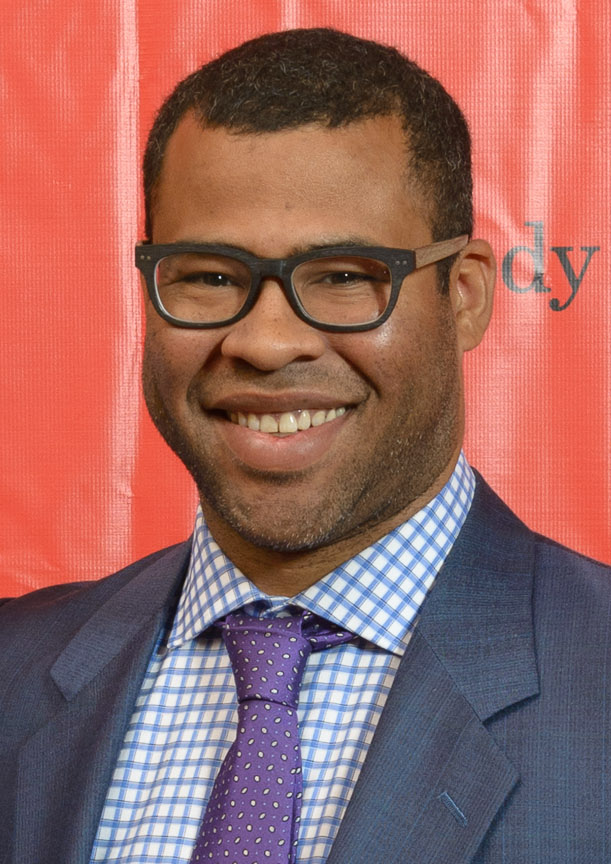 Comedian turned movie director Jordan Haworth Peele was born on February 21, 1979 in New York City, New York. His white mother Lucinda Williams raised him in a small apartment on the Upper West Side; Peele did not know his father, who was black, and absent most of his life before dying in 1999. An introverted, quiet child with a love for fantasy and sci-fi movies, and great awareness of the difficulties of being biracial, Peele’s interest in performing grew over time and lent itself towards creating bold, diverse characters. In his comedy, and most importantly in Get Out (2017), the social thriller that made him the first African American screenwriter to win the Academy Award for Best Original Screenplay, Peele shows a poignant dedication to exploring blackness in the United States.

Peele graduated from The Calhoun School in 1997 and went immediately to Sarah Lawrence College to study puppetry, intending to graduate in 2001. However, he decided to become a sketch performer and joined an improv troupe. Later in 1999, Peele dropped out of college and formed a comedy partnership with his roommate, Rebecca Drysdale. Shortly after, he joined Boom Chicago, a troupe based in Amsterdam, the Netherlands focused on addressed international sociopolitical issues.

In 2003, while performing at the Second City Theatre in Chicago, Peele met his comedic partner Keegan-Michael Key. The biracial, classically trained actor and Peele were featured on Fox’s Mad TV, a satirical sketch show.  In 2009, Peele left Mad TV and founded Key and Peele, a comedy show.  While doing Key and Peele, Peele in 2012 played President Barack Obama in front of a live audience. Key and Peele has won two Primetime Emmy awards, an American Comedy Award and an award from the Art Directors Guild.

In 2017, Peele made his directorial debut with the horror film Get Out, which was chosen as one of the top 10 films of the year by the American Film Institute and Time magazine, and grossed over $250 million dollars at the box office on a budget 1.8% that size, $4.5 million. The movie and Peele received numerous accolades. Peele won the Academy Award for Best Original Screenplay, making history; he was the third debuting director, and first black person, to be nominated for Best Picture, Best Director, and Best Original Screenplay; Get Out won the Writers Guild of America Award for Best Original Screenplay as well as nominations for a BAFTA and Directors Guild of America Award.

Peele began dating Chelsea Peretti, a fellow comedian and actress, in 2012, and the couple eloped in 2016. Their first child, Beaumont Gino Peele, was born on July 1, 2017. Peele announced his retirement from acting in early 2018 in favor of directing and producing. So far, he’s co-created a TBS comedy series called The Last O.G. starring Tracy Morgan and Tiffany Haddish, and is producing the HBO series Lovecraft Country.