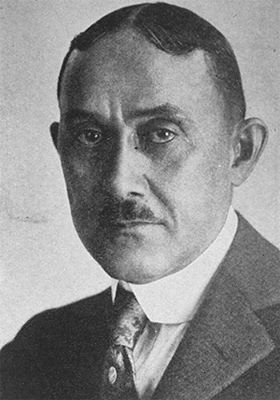 Born a slave in the waning months of the Civil War, Anthony Overton became the first African American to own a major conglomerate.  His vast business empire included the Overton Hygienic Manufacturing Company, The Half-Century Magazine, Douglass National Bank, The Victory Life Insurance Company, The Great Northern Realty Company, and the Chicago Bee.

Overton was born on March 21, 1865 in Monroe, Louisiana to Anthony Overton and Martha Deberry Overton. During Reconstruction, Overton attended public school in Monroe before the family moved to Kansas in the 1870s.  In 1881, Overton graduated from South Side High School in Topeka. Shortly afterwards he opened his first business venture, a fruit and grocery store in Topeka.  Money earned from the business allowed Overton to graduate with a Bachelor of Law degree from Washburn College in Topeka in 1888.  The same year, he married Clara Gregg. The couple had four children: Eva, Mabel, Frances, and Everett.

In 1892 Overton was elected a municipal judge in Topeka. Overton and his family left Topeka and moved to Kansas City, Missouri in 1898 where with the family savings of $2,000 he founded the Overton Hygienic Manufacturing Company in 1898. The company initially sold one product, baking powder, but eventually branched into cosmetics, perfumes, and toiletries appealing to African American woman.

The Kansas River Flood of 1902 almost brought the demise of the company, engulfing the Kansas City manufacturing district and destroying Overton’s business. After recovering from bankruptcy, Overton resumed manufacturing and selling products although now to a nationwide and eventually an international market that included Egypt, Liberia, and Japan.

In 1911, Overton moved his company to Chicago, Illinois to access a larger market.  Within two years the company manufactured 62 products and had a sales staff of 32 full time employees as well as over 400 door-to-door sales people. In 1916, Overton founded a variety magazine, The Half-Century, partly to promote the company’s products. It appealed to educated black women but also promoted the early civil rights efforts of the National Association for the Advancement of Colored People (NAACP).

In 1925 Overton founded the Chicago Bee and relocated the newspaper to the Chicago Bee Building, a three story structure which also housed the Half-Century Magazine, apartments, and eventually Overton Hygienic.  By 1927, the cosmetic business alone employed 150 people in clerical and manufacturing positions, most of whom were black women.  The cosmetics company was valued at more than one million dollars and Overton by that point was the most successful black businessman in the nation.

Overton’s other businesses included the Victory Life Insurance Company which he ran from 1922 to 1932 and the Douglass National Bank (1923-1932), the second nationally chartered black-owned bank in the United States. With the founding of the bank, Overton became the principal competitor of Jesse Binga whose Binga State Bank in Chicago was the largest black-owned bank in the nation.

Overton was an active participant in the Chicago Urban League, the YMCA, and Alpha Phi Alpha Fraternity. He died in Chicago on July 2, 1946 at the age of 81.  When Overton Hygienic went out of business in the early 1980s, the city of Chicago took over the building, operating it as a public library.  It was added to the National Register of Historic Places on April 30, 1986.