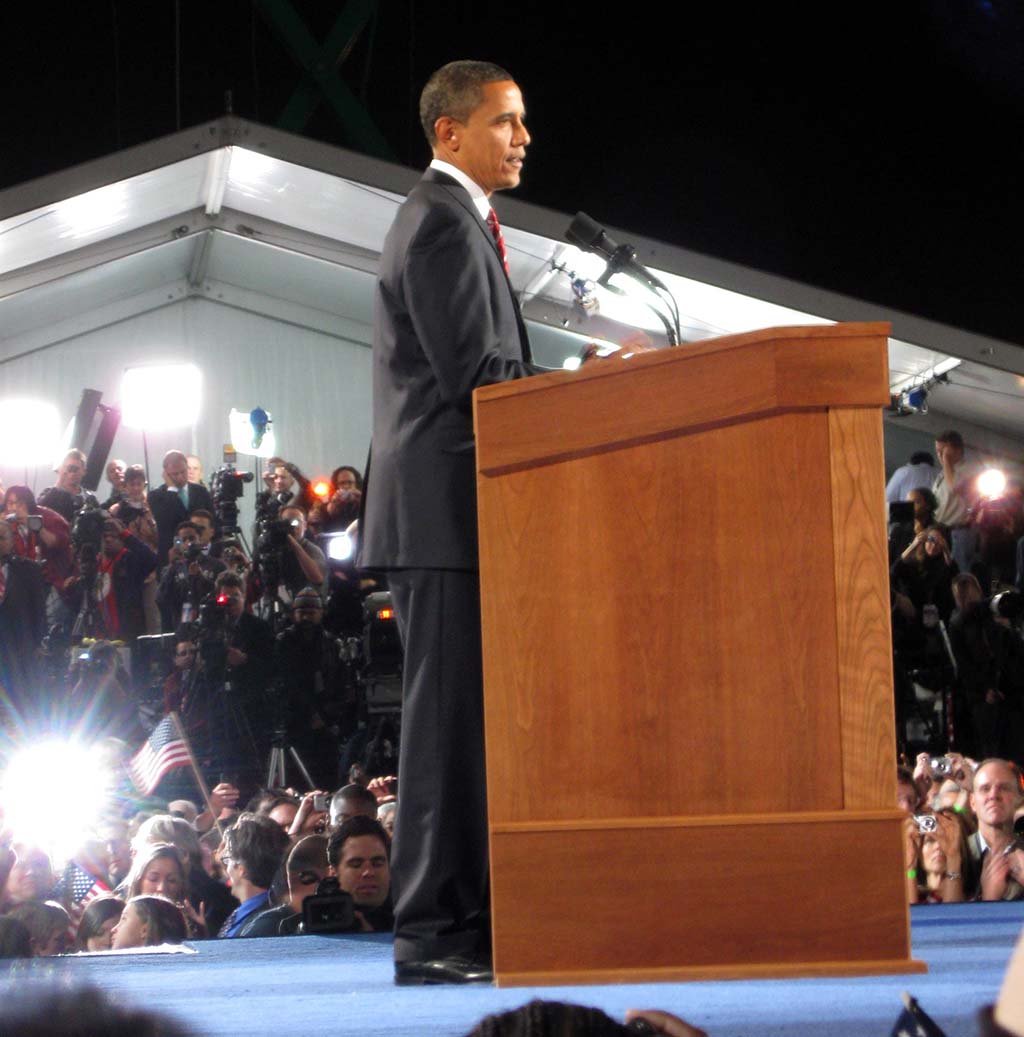 In the article below Seattle Times columnist Jerry Large provides his perspective on the importance of the Obama victory for the Presidency on Nov. 4, 2008 and the way it forever changed the United States.

Barack Obama’s victory opened a new door of possibilities for America and for the world. People in other countries see us differently now and we have a chance to think again about who we are. That ought to be enough impact for anyone, but we can’t stop wondering about what else the election of Barack Hussein Obama might mean.

Without a crystal ball, the best place to search for significance is in the threads from which his victory was woven, a rare conjunction of candidate, electorate, and circumstances.

Barack Obama’s most remarked upon characteristic, that he is black, is certainly significant. It’s not the reason he was elected, but it didn’t prevent him from becoming president either and that blew away expectations based on every second of American history up until that Tuesday in November.  I was born in 1954, the year the U.S. Supreme Court issued its ruling in Brown v. Board of Education. I have gray hair and we still have segregated and unequal schools, so this outcome was not what I expected when Obama announced his candidacy.

It would still be a leap to say any qualified black person could be elected. Obama is unique.  His father was Kenyan, an economist, and dead. How would voters have reacted if his father had been an American whose family roots ran back to slavery? Suppose he had been uneducated, or that he had been alive and visible and vocal?

The images of the young Obama’s family that most voters saw were of a young white woman from Kansas, or of her parents, an older white couple. Obama introduced his white uncle, a war hero, to the audience during one of his debates against John McCain.

People were wondering whether Obama was black enough?  But Obama made a conscious choice to embrace his identity as a black man. He chose to work for social justice in Chicago, married a beautiful black woman, and attended a predominantly black church. What if he had married a woman who was not black? What if he hadn’t found just the right way to distance himself from his African-American minister, the Rev. Jeremiah Wright, when Wright’s sermons were used to paint Obama as a man too black to be president?

But no, Obama seemed to make all the best choices.  He seemed in all ways, just the right combination of personal history, personality, and resume. He is tall and lean, intellectual and unflappable. His diction and grammar are unimpeachable. He plays basketball well and with passion. He wears blackness comfortably, but never allows it to define him completely. He is aware of race, but doesn’t allow himself to become bogged down in it. In that, he may have an impact on the rest of us.  When I asked the Harvard scholar, Henry Louis Gates Jr. about his expectations, he said seeing Obama and his family in the White House over time will change America’s view of what it is to be black.

Obama was the right black person to make history, but we were also the right collection of voters. Obama’s election signals a deep change in American politics. The maps showing red and blue states have been fairly consistent in recent presidential elections. The Northeast and the West Coast show up as blue and most of the rest of the country red, anchored firmly by the South. Not this time.

Just after the election, I traveled to Washington, D.C. where I and other members of the Trotter Group, African American columnists from around the country, heard experts in a number of fields analyze the election.  In one of my columns for The Seattle Times, I wrote about the demographic changes that made Obama’s election possible. David Bositis, a senior research associate with the Joint Center for Political and Economic Activities, said, “White Southern conservatives have been isolated by the election.”

He said that while John McCain got 55 percent of the white vote versus 43 percent for Barack Obama nationally, a majority of white voters in 16 states and the District of Columbia voted for Obama. Obama did better with white voters than John Kerry did in 2004, except in most of the Old Confederacy.

Demographic changes, however, are beginning to split the old South.  Virginia and North Carolina voted for Obama. Bositis said, “Virginia and North Carolina have seceded [from the South].” That’s because of the large numbers of people who’ve moved into those states from elsewhere and the higher level of education in those states, he said. Thriving Southern states don’t vote like their poor cousins.
More Americans have college degrees than in the past, and the country is more diverse. Obama won Hispanics, Asian Americans, African Americans and the most educated Americans, and young voters, who’ve seen so many black presidents on TV they don’t blink at the idea.

Ninety-five percent of black voters chose Obama, but not because he made any promises to us. Ron Walters, a professor of government and politics at the University of Maryland, said, “He would not have been able to raise a black agenda in this campaign.” Walters said black folks voted for Obama because of our “hope and trust” that he will be fair. The Hispanic vote turned Florida blue, and Bositis said Texas and Georgia are moving in that direction.  The U.S. political landscape is changed forever.

So, Obama was a unique candidate who faced a new American electorate. There is a third factor that both contributed to his victory and suggests another way in which it is significant.  The times in which we live played a role in his election. Obama made himself the candidate of change at just the right moment. America was aching for something different after eight years of war, economic trouble, and declining international influence.  From the start of the campaign, Republican candidates were distancing themselves from the Bush legacy, and political pundits were saying the race was the Democrats to lose. Gas prices soared during the summer and as the campaign heated up in the fall, so did the economic crisis.

Voters were more ready than ever to try a new approach to economics. The crisis helped Obama make his case for election and it offers him both an enormous challenge and a singular opportunity to reshape the American economy.

Obama ran a smart, efficient campaign, and raised a record amount of money, but he was also the right person, running at the right time with the right electorate.  Americans love Oprah, flock to Will Smith movies, adore black singers and athletes, but the country is handing the keys to Barack Obama and asking him to drive the car. There is no precedent that allows us to know what lies ahead, but I’m happy to be along for the ride.