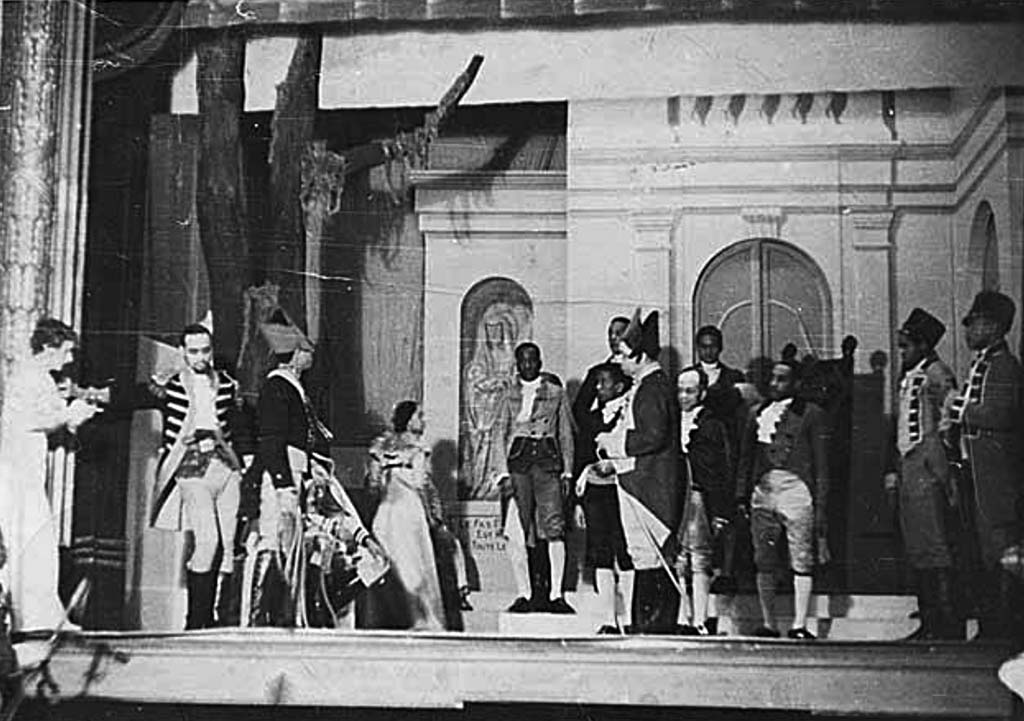 The Negro Repertory Company (NRC) was established in 1936 by Florence and James Burton, directors of the Seattle Repertory Playhouse (SRP), as the Negro unit of the Federal Theatre Program, a part of the WPA. In its short life it produced ambitious and controversial plays that reached a wide audience of whites and blacks. Most plays were adapted to included songs and a chorus that the James’ felt appropriate to the “negro method of expression,” and their use of mixed race casts seemed to have few of the problems that plagued the other 13 Negro units nationwide.

Their inaugural performance, a musical adaptation of the play “Noah,” was well received by critics and audiences alike. Their second production, “Stevedore,” a mixed-race, “agitprop” play encouraging unionization of black and white workers, opened during a waterfront strike. Longshoremen bought out the house and were so involved with the play that some jumped on stage to help actors erect barricades. Their third, “Swing Gates Swing,” was written and scored by the NRC. Their final show of 1936, an adaptation of Aristophanes’ “Lysistrata,” opened with a cast of 50 performers and a wildly appreciative audience of 1,000. It was closed the following night for being “immoral, indecent and bawdy,” but it seems private theatre owners put pressure on the FTP to close a surefire hit which threatened their profits.

Before the NRC was abolished by Congress in 1939, they had mounted 15 total productions including an African American version of “It Can’t Happen Here,” a play based on Sinclair Lewis’ anti-fascist novel of the same name that opened on October 27, 1936 in eighteen cities across the country. In mounting shows like “Androcles and the Lion” and “The Taming of the Shrew,” among others, they utilized five percent of the African American population of Seattle as paid actors, technicians and volunteers.