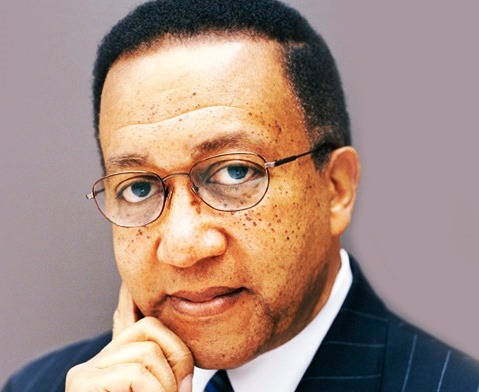 Born on January 22, 1948 as Benjamin Franklin Chavis, Jr. in the city of Oxford, North Carolina, Benjamin Chavis Muhammad was a member of one of the most prominent African American families in North Carolina. His parents were well known educators and his ancestors included John Chavis, a Revolutionary War soldier with George Washington’s Army who became one of the first African Americans to attend Princeton University.  John Chavis later operated a private school in antebellum North Carolina that accepted both black and white students.

By age 13, Ben Chavis had established his civil rights activist credentials when he successfully integrated the all-white libraries in Oxford. Chavis became the first African American to receive a library card.

In 1965, Chavis, a high school football player and editor of the school newspaper, wrote a regular column for the leading African American newspaper in the state, the Carolinian in Raleigh. After his high school graduation, Chavis entered Saint Augustine’s College in Raleigh where he became a youth coordinator for the Southern Christian Leadership Conference (SCLC).  While at St. Augustine’s College Chavis also served on the advance team for Dr. Martin Luther King, Jr.

In 1969, Benjamin Chavis received a Bachelor’s of Science degree in chemistry from the University of North Carolina at Charlotte. Shortly after his graduation he was appointed as the Southern Regional Program director for the United Church of Christ Commission for Racial Justice UCC-CRJ. Chavis’s work with this organization brought him to Wilmington, North Carolina in 1971 to assist in the campaign to desegregate the city’s public school system. In 1972 Chavis and nine other activists were arrested and convicted of conspiracy and arson. They became known as the “Wilmington 10.”  Chavis’s eight year incarceration received international attention.  He also wrote two books there: Psalms from Prison and An American Political Prisoner.

After his release from prison Chavis enrolled in Duke University and received a master’s of divinity degree.  He continued his study of religion and received a Ph.D. from Howard University.  In 1985, Chavis became the executive director of the United Church of Christ and CEO of UCC-CRJ.   In 1993 Chavis was selected to become the Executive Director and CEO of the National Association for the Advancement of Colored People (NAACP).  At 45 he was the youngest person to hold both posts.  During his brief controversial term at the helm of the NAACP Chavis called for programs that would address crime and economic issues that had been ignored by the group.  He also steered it toward the environmental justice movement that he had launched a decade earlier.

Chavis was forced to resign his NAACP position sixteen months after he took office when it was revealed that he used NAACP funds for an out-of-court settlement of a sexual harassment charge.  In 1995 he was appointed National Director of the Million Man March in 1995, an event organized largely by the Nation of Islam.  Two years later he joined the Nation of Islam and adopted the surname Muhammad.  Chavis Muhammad also served as President and CEO of the Hip-Hop Summit Action network which he co-founded with hip-hop mogul Russell Simmons.

Chavis currently serves as the CEO and President of the National Newspaper Publishers Association (NNPA). In December 2012, he received a full Pardon of Innocence for his previous conviction with the Wlimington Ten, a story that was highly publicized in many sources nationwide. In addition, Dr. Chavis serves as the Senior Strategic Advisor to the Diamond Empowerment Fund in New York.

Dr. Chavis is based at his office in Manhattan, where he works with Russell Simmons, as well as his office in Washington, DC, the headquarters of the NNPA.