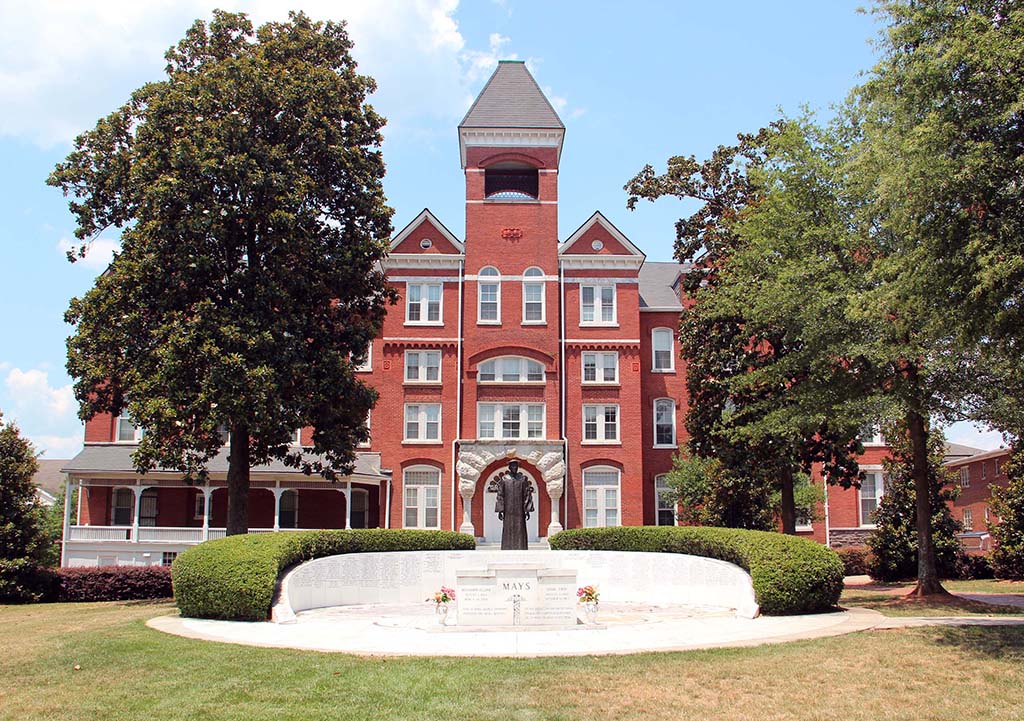 A private, historically-black college for men, Morehouse College opened in 1867 to train former slaves to be Protestant ministers and educators. Today, Morehouse is one of five colleges in the Atlanta University Center, a complex that has included Morehouse’s sister school, Spelman College, as well as Clark Atlanta University, Morris Brown College, and the Interdenominational Theological Center. The affiliated Morehouse School of Medicine opened in 1975.

Although currently located in Georgia’s capital city, Morehouse originated as the Augusta Institute in Augusta, Georgia, just two years after the Civil War.  The Augusta Institute relocated to Atlanta in 1879 and became known as Atlanta Baptist Seminary.  Students initially attended classes in the basement of Friendship Baptist Church.  When John D. Rockefeller donated land near Spelman for the men’s college in the 1880s, the school moved to its present location in southwest Atlanta.

In 1913, while under the leadership of the college’s first African American president, John Hope, the school’s name changed to Morehouse College. The new designation honored Dr. Henry Lyman Morehouse, the white, northern-born minister and prominent member of the American Baptist Home Mission Society of New York who donated funds to the college.  Since the school opened its door during the Reconstruction era, Morehouse has continued to benefit from the donations of philanthropists and alumni.

Faculty and staff at Morehouse instruct students to embody a set of characteristics known as the “Morehouse Mystique.” Created by Dr. Benjamin Elijah Mays during his tenure as president between 1940 and 1967, the five tenets uphold (1) academic excellence, (2) the elocutionary arts, (3) high moral values, (4) social commitment, and (5) the belief in a higher power.

While attending school at Morehouse, the male student body often participates in secretive, late-night bonding ceremonies. During Spirit Night, for example, campus leaders rouse freshmen from their beds after midnight for a rite of passage that introduces them to the Morehouse Mystique. Students also learn the accomplishments of previous “Maroon Tigers,” including the four generations of Atlanta’s Martin Luther King family that graduated from the college. In another venerated tradition, often known as “answering the call,” students assemble when they hear the sound of a bell located in front of Sale Hall. Alumnus Shelton “Spike” Lee (class of 1978) incorporated this ritual into the final scene of his 1988 film, School Daze.