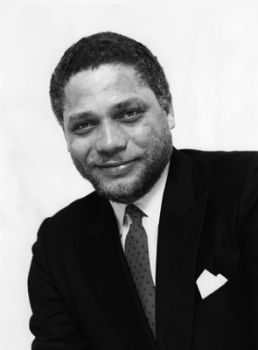 George Thomas Mickey Leland, III was born in Lubbock, Texas on November 27, 1944, to Alice and George Thomas Leland, Jr. Mickey Leland and his family soon moved to Houston’s Fifth Ward where he attended Phillis Wheatley High School and later Texas Southern University where he earned a Bachelor’s degree in Pharmacy in 1970. While at TSU, he became a member of Alpha Phi Alpha Fraternity. Leland was inspired by political activists on both sides of the Atlantic. The writings and ideas of Amiri Baraka, Malcolm X and Tanzanian President Julius Nyerere were among the influences on his early life.

By 1970 Leland had become a political activist, and two years later at the age of 28 he was elected to the Texas House of Representatives as a Democrat. While in the legislature he, in his words “led the fight for the rights of the little man.” Leland served in the legislature until November 1978 when he was elected to fill the Houston area seat of Congresswoman Barbara Jordan who chose not to seek reelection. Leland’s leadership potential was immediately noted by Congressional Democrats and he was soon appointed Freshman Majority Whip. Later, he served twice as an At-Large Majority Whip and on two Congressional Committees, Interstate and Foreign Commerce (1978) and Energy and Commerce (1984). In 1985-1986 Congressman Leland was Chair of the Congressional Black Caucus.

Although he was noted in the national African American community for his fight for rights for black people, he gained worldwide attention in his campaign against hunger when he in 1984 joined the U.S. Select Committee on Hunger. Leland died in a 1989 airplane crash in Gambela, Ethiopia while on a mission for that cause. To commemorate his life, the Federal Building at 1919 Smith Street in Houston, Texas was named in his honor on October 30, 1989. The International Terminal at George Bush Airport in Houston was also named in his honor.