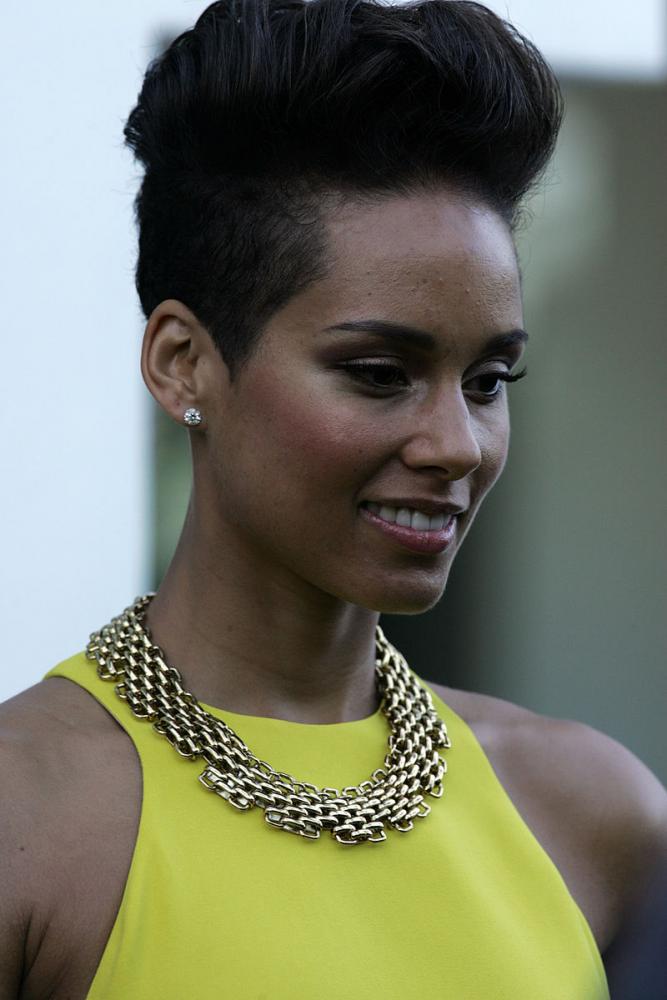 Alicia Keys is a rhythm and blues singer, songwriter, and pianist known for her unique blend of classical, R&B, jazz, neo-soul, and hip-hop. She writes and produces her own music. Her stage name, “Keys,” alludes to her being a pianist.

Keys was born Alicia Augello Cook on January 25, 1981, in Manhattan, New York to Terria Joseph (Teresa Augello) and Craig Cook. She was raised by her mother, a paralegal and part-time actress, whose father Joseph Augello acted in The Green Hornet and Lone Ranger series and was a radio DJ. Keys began piano lessons at age seven and was writing songs by eleven. She attended Manhattan’s Professional Performing Arts School where she graduated at sixteen as the valedictorian. Keys spent four weeks enrolled at Columbia University on a full scholarship before leaving to pursue a career in music.

In 1997, Keys’s song, “Dah Dee Dah (Sexy Thing),” was in the Men in Black soundtrack. The following year, while still in high school, she signed with Arista Records. Keys followed Clive Davis, the former head of Arista, when he created the J Records label in 1999. Two years later Keys released her debut album Songs in A Minor which won her five Grammy Awards and went sextuple platinum in the U.S. and platinum in nine other countries. In 2003, Keys released her second album, The Diary of Alicia Keys, which debuted at number one the charts and netted her four additional Grammy Awards.

In 2004, Keys released her book Tears for Water: Songbook of Poems and Lyrics in 2004. Her 2005 MTV Unplugged album debuted at number one as did her 2007 album, As I Am. She also captured two more Grammy Awards.

In 2008, Keys recorded the James Bond Quantum of Solace theme song “Another Way to Die” with Jack White, and in 2009 she recorded “Empire State of Mind” with Jay-Z. In 2009, she released The Element of Freedom, which reached number two on the U.S. charts. On the U.K. charts, the album reached number one and also went platinum. Girl on Fire, her 2012 album, debuted at number one, went gold, and earned Keys another Grammy. In 2013, she released her second live album, VH1 Storytellers, and 2016 she released Here, which peaked at number two. In 2017, Keys released Vault Playlist, Vol. 1, which included new versions of earlier songs and unreleased material.

Keys took part in the famed Women’s March on Washington on January 22, 2017 at which she gave a brief, yet empowering and unifying speech to the crowd. At the March, Keys also performed her hit song “Girl on Fire,” changing it to “These Girls are on Fire” for the event.