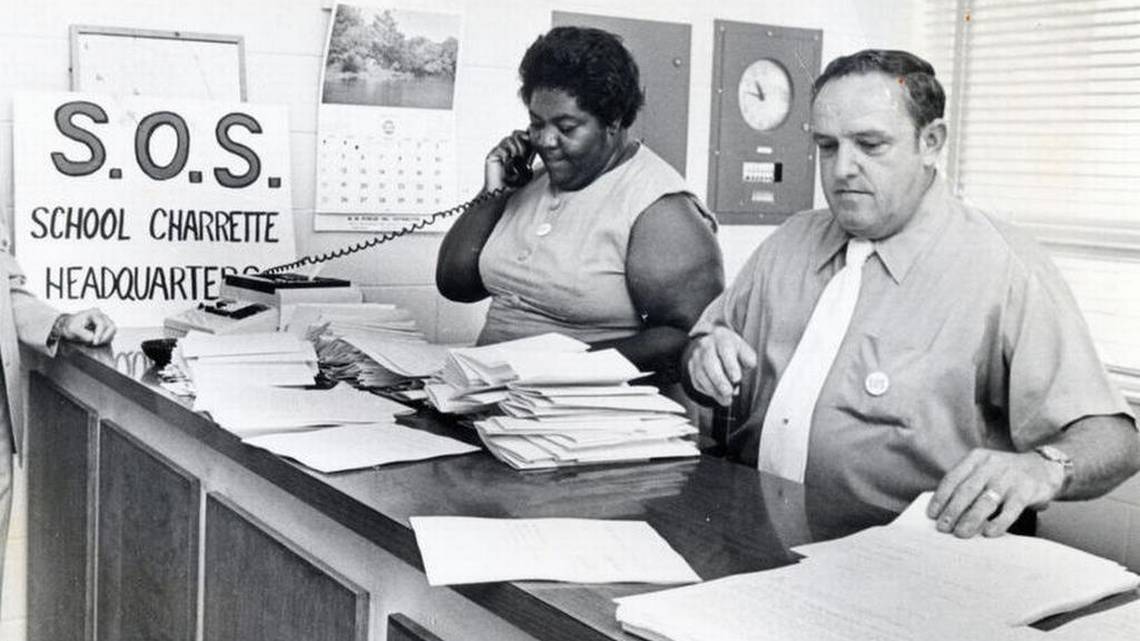 Ann Atwater is best known for her work in civil rights, and for her unlikely friendship with Ku Klux Klan leader C.P. Ellis. Ann G. Atwater was born on July 1, 1935, in Hillsboro, North Carolina. Her parents were sharecroppers, and her father was also a deacon of the nearby church. As a child, Ann worked on nearby white-owned farms to help support the family.

At the age of 14, Atwater married French Wilson, and they soon moved to Durham, North Carolina, in search of better employment opportunities. While in Durham, Wilson, worked for the Venable Tobacco Company, while she worked as a maid in white homes. French Wilson, eventually deserted Atwater, leaving her to raise her two children on her own.

In the 1960s, Atwater became involved with Operation Breakthrough, local anti-poverty program in Durham. Howard Fuller, who later went on to head Malcolm X Liberation University, specifically wanted Atwater to join the program after seeing the dilapidated conditions of her house. The next day, Atwater and Fuller went to her landlord and demanded that repairs be done. To Atwater’s surprise, he agreed. She then became an advocate for better housing and an expert on Durham’s housing policies. She provided the support the poor people of Durham needed to stand up for the adequate housing they deserved.

In 1971, Atwater was invited by the Durham City Council to co-chair a 10-day event called “Save Our Schools.” The racial tension in Durham schools was at an all-time high, and a solution was needed before the situation got potentially deadly. It was at this meeting that Ann Atwater met someone who would become an unlikely friend:  Klansman C.P. Ellis.

Ellis, a known racist leader within the Ku Klux Klan, was also an outspoken advocate for impoverished whites in the Durham community. When it was first revealed that the two would be working on the event together, neither one of them wanted anything to do with the other. Atwater did not want to work with an avowed Klan member and Ellis was not interested in working with a black person. Over time, however, the major differences between the two seemed to disappear.

As they began working with a school group, both realized how all of the children were suffering because of the tension in the schools. Ellis saw his white children suffering alongside the black children, and they both agreed that they would work for common solutions. On the final night of the 10-day event, Ellis and Atwater shared the stage and Ellis ripped up his Klan card in front of the audience. Afterwards, he went back to the local Klan and told them that he was no longer a member. Conditions in the schools did improve and Ann Atwater and C.P. Ellis remained lifelong friends.