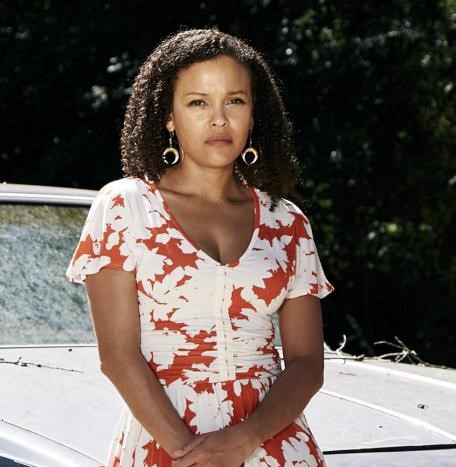 Jesmyn Ward, an acclaimed American writer and an associate professor of English at Tulane University, was born in 1977, in DeLisle, Mississippi, the town where she grew up and where she now again lives.  She is the only woman to have won two National Books Awards, the first in 2011 for her novel Salvage the Bones, and her second in 2017 for Sing, Unburied, Sing.

The oldest child, Ward grew up in her grandmother Dorothy Dedeaux’s house with one brother, two sisters, and other relatives.  Her mother, Norine Elizabeth Dedeaux, and her father, a former member of the Black Panthers, had a difficult life.  After several separations they divorced, with her father leaving the family to move to New Orleans, Louisiana, and her mother supporting the family as a maid.

Ward started her schooling at a public school in DeLisle.  An employer her mother worked for, Riley Stonecipher, provided the tuition that enabled her to attend a private school there. She earned a B.A. degree in 1999 and one year later, an M.A. in media studies and communication, both from Stanford University in California.  Shortly after she completed her M.A., her brother Joshua Dedeaux was killed by a drunk driver.  His death figures prominently in her writing and was the inspiration for her to become a writer.

In 2005 Ward received an M.F.A. in Creative Writing from the University of Michigan.  Just a few months later, Hurricane Katrina hit the Gulf Coast; she and her family were flooded out of the family house in DeLisle.  The twelve chapters of Salvage the Bones trace the ten days before and during, and two days after Katrina.  Ward follows the story of four children and their father as they endure the hurricane.

In 2013 Ward published her third book, a memoir titled Men We Reaped, which was a finalist for the National Book Critics Circle Award.  Men focuses on the lives of five young black men who died in her hometown, one of them her brother, Joshua.  She has also published an edited collection, The Fire This Time: A New Generation Speaks About Race,” (2016) including essays by prominent African American and Caribbean American writers such as Edwidge Danticat, Claudia Rankine, and Isabel Wilkerson.

Sing, Unburied, Sing (2017) is Ward’s most recent novel.  The National Book Award judges described it as a narrative where  “The living and the dead confront racism, hope, and the everlasting handprint of history.”  Ward won a MacArthur Fellowship, the “Genius Grant,” in 2017.  Her next book will focus on the domestic slave trade in the early 1800s in New Orleans.

In 2018 The Mississippi Arts Commission received a grant from the National Endowment for the Humanities (NEH) to create the Mississippi Writers Trail.  Jesmyn Ward will join the company of such distinguished authors as Eudora Welty, Richard Wright, and William Faulkner in being honored along the Trail.