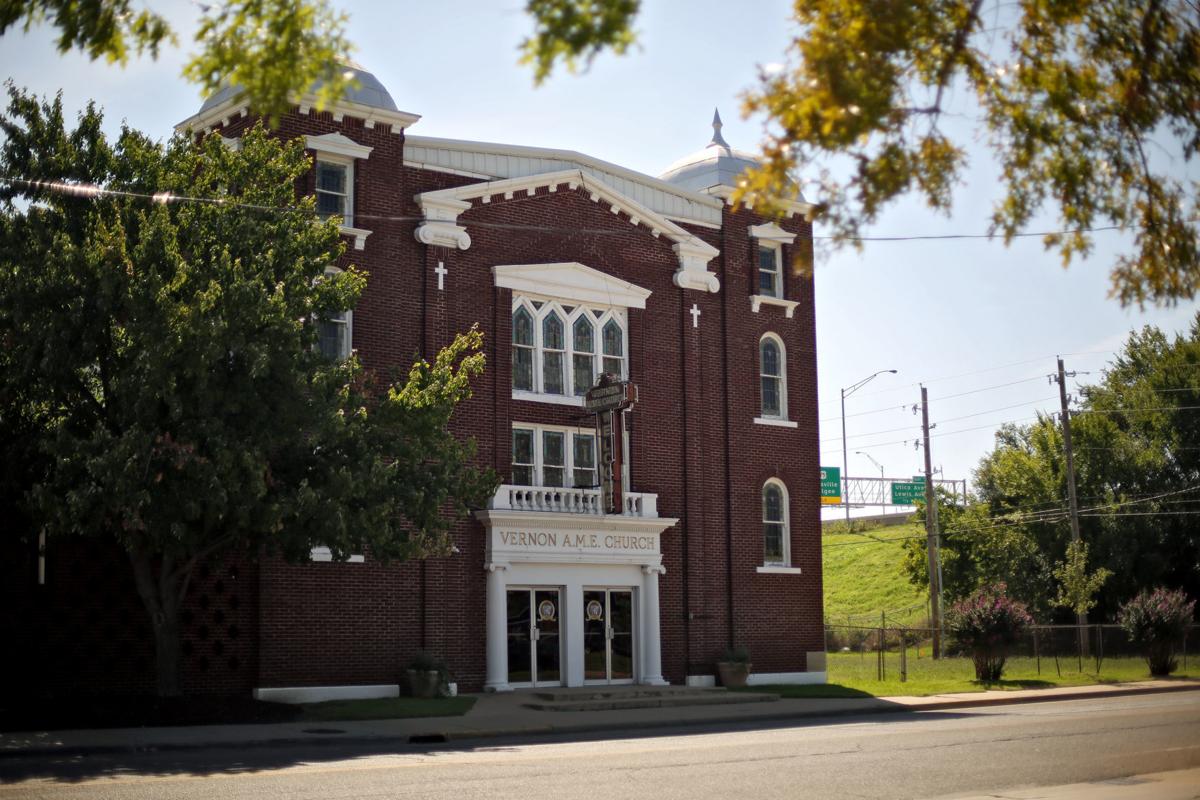 Vernon African Methodist Episcopal (AME) Church is located at 311 North Greenwood Avenue in Tulsa, Oklahoma. Vernon is the only remaining edifice from the worst race massacre in American history in 1921 and the only black-owned structure from the Historic Black Wall Street era. It is also the oldest continuously-operating church in Oklahoma.

Vernon AME started in a one-room house located at 549 North Detroit Street in 1905 when African Methodism first arrived in Tulsa, which was then part of Indian Territory. Reverend J. E. Roy was the first pastor, followed by Reverend R. A. Devers in 1906. By that point worshippers met at Gurley Hall at 114 North Greenwood Avenue. The congregation grew from 8 to 16 members soon after and they moved to Barksdale Hall on East Archer. The congregation began its first building project at Hartford and Archer streets during Rev. Devers one-year tenure. The building project resulted in the construction of a small frame house which was completed under Reverend G. H. Burton and renamed Burton Chapel by the 71-member congregation in 1907.

The present site of Vernon was purchased in 1908 for the sum of $290.00, with a down payment of $100.00 made by the trustees. Voting to change the church’s name from Burton Chapel to Vernon AME Church in honor of Registrar of the Treasury, W. T. Vernon, who was appointed by President Theodore Roosevelt in 1906. Additional land was purchased and by 1914 the old church structure was torn down and a new brick basement for a new church was constructed. However, the Tulsa Race Massacre on June 1, 1921 left black-owned homes, schools, and businesses destroyed and the new Vernon brick basement in ruins.

Vernon AME rapidly rebuilt after the Massacre. Immediately after the destruction of Greenwood Avenue and Black Wall Street, the Vernon congregation began growing a building fund of $1,100.00 to rebuild the structure. During that time, its membership doubled from 200 congregants to 400 congregants.

The rapid rebirth of Vernon became an iconic monument to the devastated community and gave a sense of normalcy after the tragic event. The church opened its doors to Tulsa’s Booker T. Washington high school students while their facility was being rebuilt. Vernon also became the site of various community events.

The main church building was finally completed in 1928. By 1940, the membership had grown to over 800 and a neon welcome sign was erected as a beacon of hope. One of the most notable pastors of Vernon was Reverend Ben H. Hill, who had an extensive experience in church and educational work. Hill took a group of youth from the church to the famous March on Washington in 1963 and under his leadership the Church took on many other notable projects.

Listed on the National Register of Historic Places in August 2018, Vernon remains a visual reminder of the reconstruction process after the Tulsa Massacre, a landmark and symbol of persistence.