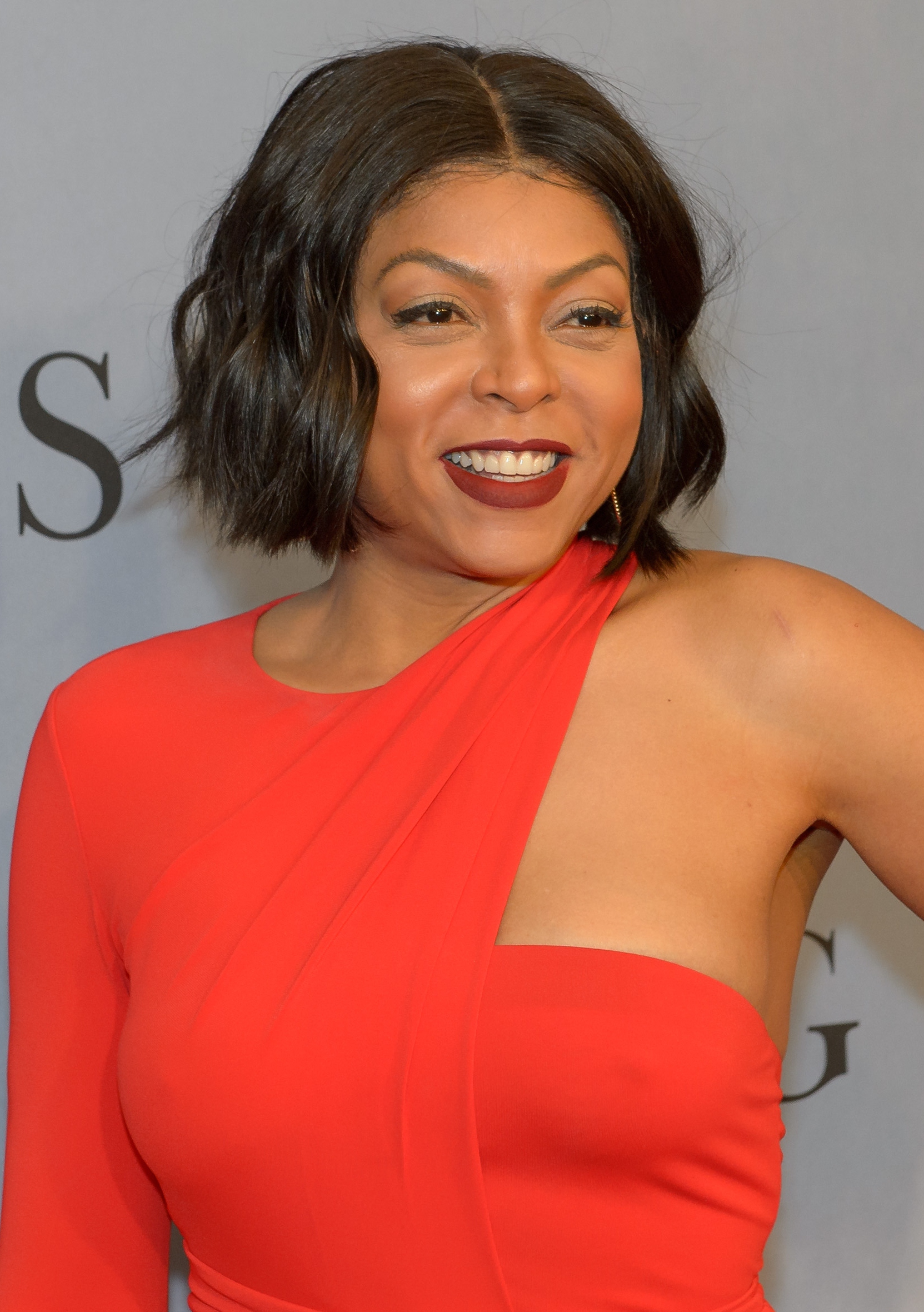 Taraji Penda Henson is an American actress and singer. She was born on September 11, 1970, in Washington, D.C., to Bernice Henson, a corporate manager at Woodward and Lothrop clothing store, and Boris Lawrence Henson, a janitor and metal fabricator. Henson had spoken in the past that North Pole explorer Matthew Henson was the brother of her great, great grandfather. Henson graduated from Oxon Hill High School in Oxon Hill, Maryland, in 1988. She then attended North Carolina Agricultural and Technical State University where she studied electrical engineering. After failing at pre-calculus, she transferred to Howard University where she studied theater. To help pay for college, she worked two jobs, one as a secretary at the Pentagon and two, as a cruise ship entertainer. Henson graduated from Howard University in 1995 with a degree in theater.

In 1996 Henson and her two-year-old son, Marcell, moved to Los Angeles, so she could pursue an acting career. Henson landed her first acting recurring role in 1997 on a television show called Smart Guy. She had roles in other shows like Sister Sister and ER. Henson’s breakthrough role came in 2001 when she starred in John Singleton’s film Baby Boy. She portrayed the character, Yvette, acting alongside singer Tyrese Gibson. In 2005 Henson was Shug, the love interest of Terrence Howard, who played DJay in the film Hustle and Flow. Henson’s song, “It’s Hard Out Here for A Pimp,” part of the film’s soundtrack, won a 2004 Academy Award for best song. The film also was nominated for two Academy Awards.

In 2008 she co-starred with Brad Pitt in the film The Curious Case of Benjamin Button. In the film, Henson played Queenie, Button’s adopted mother alongside Pitt who played Benjamin. The role led to an Academy Award nomination for Best Supporting Actress for Henson. She acted in two Tyler Perry films: The Family That Preys (2008) and I Can Do Bad All by Myself (2009). In 2010 she appeared in the remake of The Karate Kid alongside Jaden Smith and Jackie Chan. In 2011 she starred in the film, Taken from Me: The Tiffany Rubin Story, based on a New York woman, Tiffany Rubin, whose son was abducted by his biological father and taken to South Korea. Henson’s role as Tiffany earned her several award nominations, including a Primetime Emmy Award for Outstanding Lead Actress in Miniseries and Movie. Henson also was in Think Like a Man (2012) and Think Like a Man Too (2014).

Henson’s television credits include Smart Guy, Sister Sister, Boston Legal, and Person of Interest. In 2015 she starred in a recurring role as Cookie Lyon in the Fox TV series, Empire, for which she again teamed with co-star Terrence Howard who played Luscious Lyon, a former drug dealer turned rap mogul. Henson’s role as Cookie Lyon in Empire earned her a nomination for the Primetime Emmy Award for Outstanding Lead Actress in a Drama Series. She won the Golden Globe Award for Best Actress-Television Series Drama in 2016, becoming only the third African American to take home the award, after Gail Fisher and Regina Taylor.

In 2016 Henson starred in the film, Hidden Figures, for which she played Katherine Johnson, the African American mathematician who calculated flight trajectories for Project Mercury and the 1969 Apollo 11 flight to the moon.