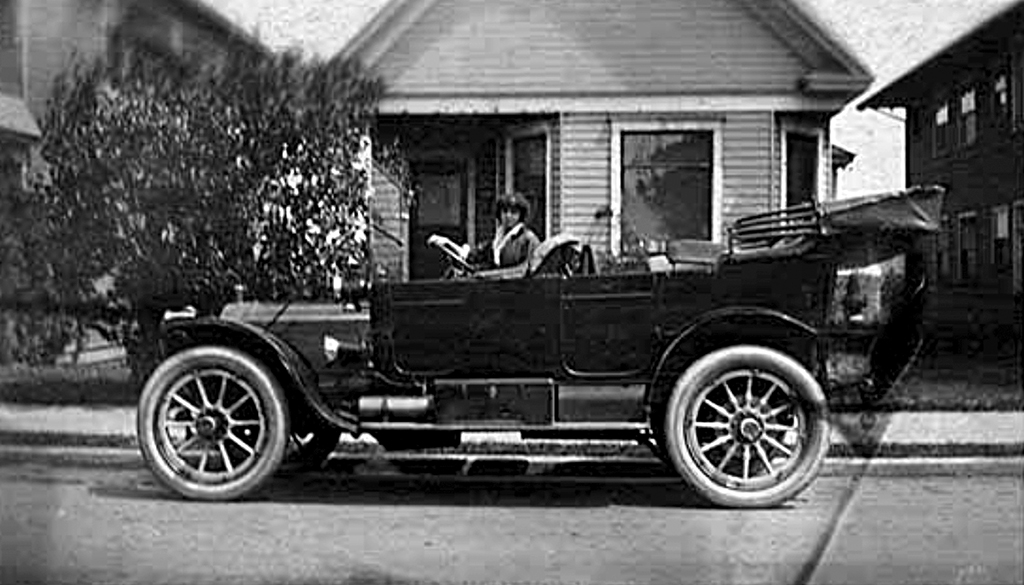 Hazel Dixon was one of Seattle’s African American pioneers.  The wife of William Dixon, the grandson of William Grose, the second African American to settle in Seattle, Dixon lived in a period which saw the city’s black population grow from approximately 300 to 3,700.  This account, written by Dixon in 1937, is one of the few surviving primary source histories of the black community.

In speaking of the early history Seattle the outstanding date is that the big fire on june 6th.1889. Any person or family here at the time of the fire is classed as an old pioneer and Seattle’s early history devides between “before the fire” or “after the fire”.

Reliable data regarding the arrival and the part the Negro had in the early development of Seattle is unfortunatly difficult to find and I believe that if any organization or individual who would compile such a history would be doing the community a great service.

A short time ago Mr. Joe Jackson, in my home, quoted a University of Washington Professor as stating that there were no Negroes in business in Seattle before the fire. Mr. Jackson said he rather doubted this but had no proof to the contrary. He was very pleased when we were able to show him an article by Prof. Ed. S. Meany published in the Fost Intellinger showing that Mr. Wm. Grose operated the “Our House Hotel” and Mr. Robert Dixon a barber shop at the time of and for many years before the fire. I believe there was also a restaurant and Boot Black stand and employment office operated by colored.

Mr. Horace Cayton and Mr. Pete De Bow both published books on the early settlers but a write up in these books depended principably on the willingness of the subject to pay for it and for this reason both books are of doubtful historical value.

I have discussed the early History of our group with Mrs. Wright of Tacoma and Mrs. Oxindine now residing in Oakland and they are both very well informed and very interesting to talk with. Mrs. Oxindine spoke of the Seattle fire. She was living on Beacon Hill at that time. She spoke of watching fire with Carrie and Wills’ mother and how terrifying it was as the wind changed and blew sparks ahead of it setting fires as it went building after building bursting into flames. Finally they could stand it no longer as they knew Mr. Dixons shop was in the path of the fire. So they decided to go-and see for themselves. On their way they saw crowds of people dragging their belongings with them. Others throwing clothes and bedding from Hotel windows and other terrible sights. Both places of businesses were a total loss as was practically all of the business section.

The first colored settler in the City of Seattle was Wm. Grose, who came to Seattle 1859. He was born in Washington D.C. and was a member of the expedition under Commodore Perry when the first treaty made with Japan and was honorably discharged in the year of 1852 and located in San Francisco, later coming to British Columbia finally to the State of Washington settling in Seattle where he engaged in the Hotel business and owned and operated the second hotel established in the City known as “The Our House,” of which I have already spoken. After the fire destroyed his Hotel he lived in retirement with his family on their 12 acre ranch on 24th Ave. to 27th Ave. He was a member of the chamber of Commerce and of the Washington Pioneers Association and a founder and member of the First A.M.E. Church. His granddaughter Etta Mae Grose was the first colored child born in Seattle and his Grandson, Alfred Dixon, the first colored boy. Some of you have probably heard that Gertrud Wright was the first colored girl and Will Dixon the first colored boy born in Seattle but Etta Grose was born about ten years before Gertrude and Alfred Dixon about five years before Will. Dr. Grose died in 1888, leaving surviving him a widow, Mrs. Sarah Gross and son George Gross. Mrs. Gross, better known as Granny Gross died March 11th, 1918.

It is very interestin to listen to Mrs. Oxindine describe the first Colored Church. It was held in a small hall, now demolished, on Madison St near 20th Ave. The congregation all carried lanterns as there were no streets out here at that time and then they would hang their lanterns up to light the Church. That was the First A.M.E. Church and they purchased their present location in the early ninties. Miss Nettie Jones, who is now Mrs. Asbery of Tacoma was the first Colored organist.

There were very few colored families in Seattle at the time of the fire. A few of the old timers with whom we are aquainted, most of whom arrived soon after the fire upon completion of the railroad are, “The Harveys. Caytons, Washingtons, Lawrence’s, Dixons, Grose’s, Johnsons Gayton, Oxindines, Cragwell, Hawkins, Gaytons, Bennet, II Walker, Cora Oliver and others.

Our first colored paper was established in 1892 by Bret Oxindine called The Seattle Standard, later the Republican. Mr. Oxindine and several young men staged the Shakesperan play Richard III at the Opera House with success.

About this time Seattle had her first Grand Ball given by the Masons. Mrs. Oxindine spoke of all her set being there and how grand they all looked in the silks, satins, and velvets.

The next event she mentioned was the first conference in 1893. Seattle had quite a large colored population by this time and there was something going on continual, such as Ball, Barbecues, Picnics, Excursions and of course weddings, births and so on.

From all I have heard and read our early settlers were very highly esteemed and respected. In the early days there was very little prejudice as the group was quite small and there were very few Southern whites here at that time. I have often heard the early settlers criticized because they did not accumulate more property. But I believe this is an unfair criticism as it was undoubtedly just as difficult for them at that time as it is for us now to know where to make a profitable investment. There probably had been just about as much money lost in real estate investments as there has been made. However, most of them did manage to acquire at least a home and to educate their children and I believe they did their part toward making life a little easier for those that followed.