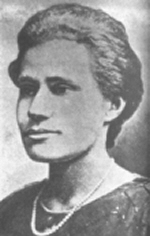 In the early twentieth century Progressive era reformers largely ignored the needs of African American women.  Lacking settlement houses and other resources African American reformers such as Elizabeth Ross Haynes turned to one of the few institutions available to them, the YWCA.  Ross Haynes was at the forefront of developing institutional resources for young African American women seeking better employment and living conditions.  Born in Lowndes County, Alabama in 1883, Elizabeth Ross obtained a sterling education culminating with an A.B. from Fisk University in 1903.  She later moved north to New York City, New York where she served as the YWCA’s student secretary for work among black women from 1908 to 1910.  In that capacity she met and married the prominent sociologist George E. Haynes, who co-founded the National Urban League.

Like many African American women, Haynes continued her reform work after the birth of her son, George Jr., in 1912.  She continued working with the YWCA, promoting the establishment of new branches to help female migrants find employment and job training.  Recognizing her activism, in 1922 the Y.W.C.A. appointed Haynes to its new Council on Colored Work.  The following year she earned an M.A. in sociology from Columbia University and became the first African American women appointed to the YWCA’s national board.

Throughout the 1930s, Haynes carried out several important studies for the U.S. Department of Labor on African American women’s employment.  She was a loyal New Deal Democrat and used her intelligence and education to further the cause of black women workers.  By the 1930s some black leaders criticized Ross Haynes for supporting separate programs and facilities for African American women in the segregated YWCA.  Haynes, however, was a pragmatist who argued that the needs of black women superseded the politics of integration.  Her work with the YWCA was influential in the board’s decision to integrate in 1946.