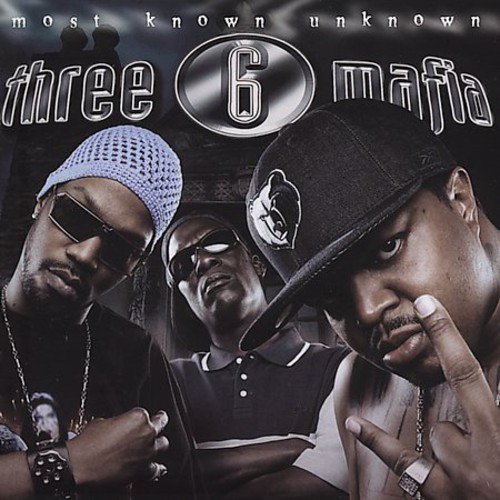 In 2003, Three Six Mafia released Da Unbreakables which featured “Ridin Spinners” and “Testin My Gangsta.” The album sold 500,000 units and was followed in 2005 by Most Known Unknown which featured the singles “Stay Fly,” “Poppin My Collar,” and “Side 2 Side.” It would be the group’s second million selling album. After the release of Most Known Unknown, group member Churchy Black left the group.

In 2006, Three Six Mafia won the Academy Award for Best Original Song for “It’s Hard out Here for a Pimp,” which was the theme song for the movie Hustle and Flow. They became the first hip-hop group to win an Academy Award. In 2008, the group released The Last 2 Walk which featured the single “That’s Right” but this album failed to sell 500,000 units. After The Last 2 Walk, DJ Paul and Juicy J pursued solo careers.

In 2013, the group reunited under a new name, Da Mafia 6ix, and released a mixtape named 6th Commandments. That same year, Lord Informas passed away from a heart attack at the age of 40 in Memphis, Tennessee. Two years later, Koopsta Knicca died from a stroke and a brain aneurysm.

Despite their group’s success they were involved in controversies including a high-profile feud with the rap group Bone Thugs-N-Harmony. The group was also criticized by both the Hip Hop and religious community for their violent lyrics and satanic imagery. Ironically, on December 2, 2021, Three Six Mafia and Bone Thugs-N-Harmony met on the webcast series Verzuz on December 2, 2021 to perform their respective hit songs. Juicy-J got into a fight with Bone Thugs member Bryon Anthony “Bizzy Bone” McCane II during the show. Despite the fight, the two groups continued the show without further incident. Three Six Mafia is still active in the entertainment business as of 2022.