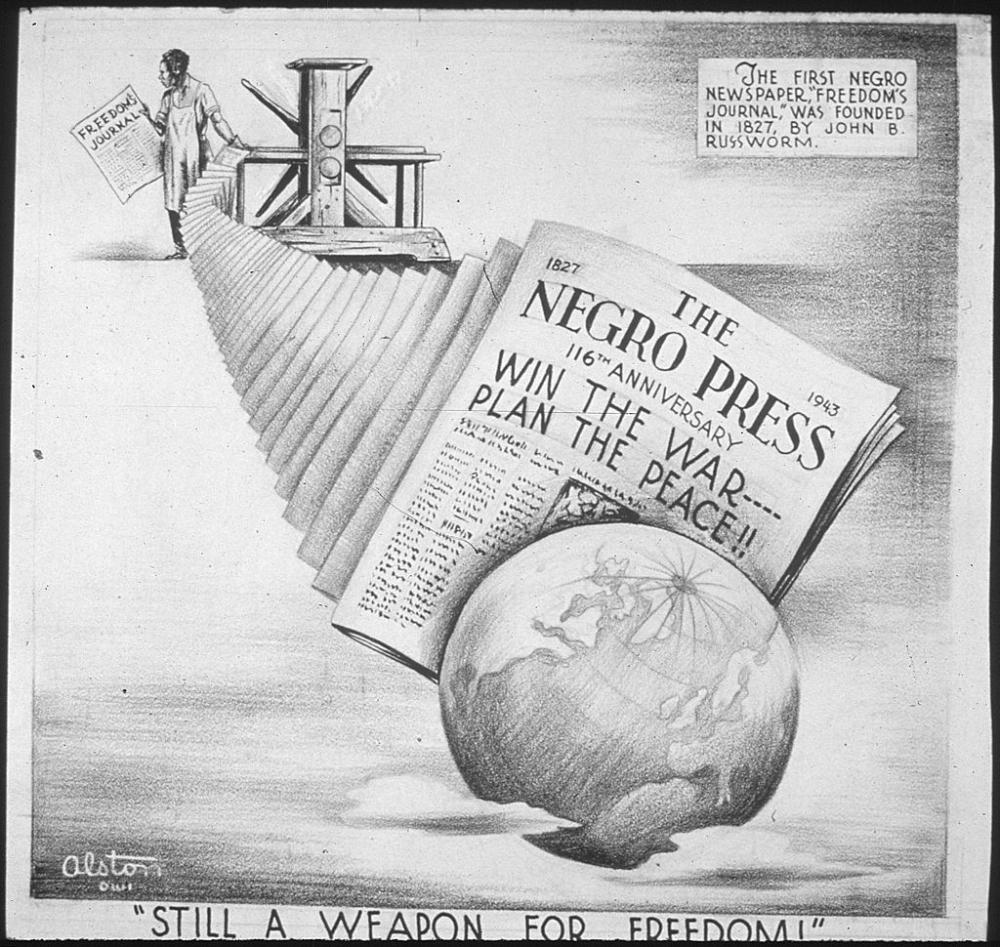 The National Newspaper Publishers Association (NNPA) was founded in 1940 by John H. Sengstacke. Sengstacke, then in his 30s, was Vice President and General Manager of the Robert S. Abbott Publishing Company, which published the Chicago Defender, then the largest black newspaper in the United States. Sengstacke had been educated at the Hampton Institute, where he graduated in 1934, and succeeded his uncle, Robert Abbott, as publisher of the Defender.

In 1940, Sengstacke organized a conference in Chicago, Illinois with other black publishers in hopes to collaborate on problems in the industry and to bring forward more excellent African American journalism.  The conference took place from February 29 through March 2, 1940. Representatives from 20 commercial newspapers attended the Chicago conference.

As Sengstacke and the other attendees realized, African American newspapers were extremely valuable to black America ever since the first African American newspaper, Freedom’s Journal, was founded in New York City, New York in 1827. The general press did not cover issues that were pertinent to black Americans, so various groups and individuals started their own newspapers in order to dispense news and opinion that were valuable to them. However, the various papers were disjointed, and like many other professions, had the potential to benefit from collective organization.

Today, the NNPA includes more than 200 black newspapers throughout the United States and the Virgin Islands, with a readership of 15 million. They also have a news website, www.BlackPressUSA, that showcases the work of NNPA member publications and like the individual newspapers, tells the untold stories of the black community in the United States and in the Black Diaspora around the world. The NNPA also has an advertising placement and press release service, called NNPA Media Services.

Additionally, the NNPA has established a foundation to continue the advancement of black achievement in journalism. The foundation focuses on providing pre-professional training for young people considering going into journalism and encourages high standards among the black newspaper publishers.  It also manages a summer internship, and a scholarship fund which provides assistance to journalism students at both the college and graduate levels.

In February 2018, the NNPA partnered with the Bill and Melinda Gates Foundation to support the Every Student Succeeds Act (ESSA), which will present opportunities for school districts to close achievement gaps for students of color and low-income students. NNPA member newspapers now report on the ESSA in order to educate the public about the opportunities the law presents.  Historians now recognize the NNPA as a major molder of black public opinion and note how these newspapers have helped create a national self-aware and self-asserting black community that often speaks with one voice on the major issues affecting African Americans across the nation.