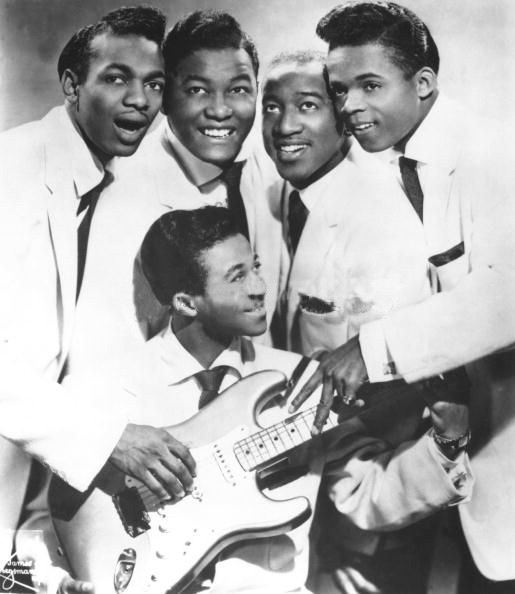 Hank Ballard and the Midnighters
Fair use image

Hank Ballard and the Midnighters was a rhythm and blues band that were a major influence on the rock and roll genre beginning in the 1950s. They recorded a number of hugely popular songs and were known as the most risqué R&B group of their time. They were the original recorders and original writers of “The Twist” which brought forth an early 1960s dance craze after another artist, Chubby Checker, recorded a cover of the song.

Hank Ballard (John Henry Kendricks) was born November 18, 1927 in Detroit, Michigan but moved within a few years to Bessemer, Alabama to live with his aunt and uncle after his father’s death. Ballard grew up singing in a gospel church, then ran away back to Detroit as a teenager. He joined the Midnighters in 1951 (who were called The Royals at the time).

Ballard was invited to join the Midnighters by bandleader and multi-instrumentalist Johnny Otis. The band’s original lineup, when they were still known as The Royals, included tenors Henry Booth and Jackie Wilson and baritones Charles Sutton and Levi Stubbs. Both Wilson and Stubbs left the Royals and achieved greater fame: Wilson as a solo artist and Stubbs as the lead singer of the Four Tops.

The Midnighters first hit, “Get It,” was released two years later by Federal Records. Soon after, their second hit “Work With Me Annie” (1954) was released and banned from most radio stations due to its particularly explicit lyrics.  Nonetheless, it became the number one R&B hit of 1954, spending seven weeks at the top of the chart, and nearly topped the pop top 20 chart. Throughout their career the Midnighters had 15 hit songs on the pop chart and 20 hit songs on the R&B chart including “Annie Had a Baby,” and “Let’s Go, Let’s Go, Let’s Go.”

After a series of personnel changes and adopting a rougher sound with more suggestive lyrics, the band changed its name to the Midnighters in 1954. In 1959 they became Hank Ballard and the Midnighters. The group was most popular from the mid-1950s to early 1960s, performing around 300 shows annually. Though their early hit songs that made them famous were known for their risqué material, their later hit songs were more in the style of dance records. There were numerous personnel changes within the group over the years: guitarist Tucker was replaced in early 1954 by Arthur Porter, who was replaced in late 1954 by Cal Green, who remained until 1958 until replaced by Billy Davis. Lawson Smith returned from the military and replaced Charles Sutton in 1954. The band also received the new bass singer Norman Thrasher.

By 1965 the Midnighters disbanded and Hank Ballard began his solo career but could not duplicate the success of his group. Ballard re-formed a version of the Midnighters in the 1980s without any of the original members and performed with them into the 1990s. In 1990 Ballard was inducted into the Rock & Roll Hall of Fame, and the Midnighters were inducted in 2012. The inducted members were Henry Booth, Charles Sutton, Lawson Smith, Sonny Woods, Cal Green, Arthur Porter, Billy Davis, and Norman Thrasher, most of whom had died. Ballard passed away in 2003 in his Los Angeles home from throat cancer. He was 75.