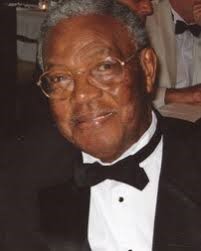 After graduating from East High School in Columbus in 1935, Glascor entered Ohio State University, graduating in 1939 with a Bachelor of Art degree in History and an advance degree in Law. During that time the State of Ohio, along with forty other States, allowed individuals with an advanced law degree of two years to practice law. As a result, Glascor was admitted to practice law by the Supreme Court of the State of Ohio in 1939.

Glascor began his legal career serving in private practice as a criminal defense attorney where he was mentored by two of Ohio’s first and most prominent African American attorneys, Ray E. Hughes, who served as the Franklin County’s prosecuting attorney for ten years, and Wilbur E. King, who served as assistant Prosecutor for the county for 25 years. During World War II, Glascor served as a member of the U.S. Army Draft Review Board.

In 1946 Glascor married Mary Carter Milner and to this union two children were born, Rayford in 1947 and Jennifer in 1955.  Glascor and wife Mary were married for 65 years.  Glascor co-founded The Second Community Church on the Hilltop in 1961 and served as the founding trustee, choir member, Sunday School class teacher, and legal adviser. Glascor received a Juris Doctorate degree from Ohio State University in 1967.

Glascor served as legal counselor for over 37 years and mentored others until the appointment to a seat on the Franklin County Municipal Court in 1976 by Republican Governor James A. Rhodes. Thereafter, Glascor was elected to two consecutive six-year terms, serving as Administrative and Presiding Judge from 1983 to 1986.

Glascor was active member in several legal associations and community organizations including the Ohio and Columbus Bar Association, the Columbus Police Athletic League Board, the Boy Scouts of American Extension Committee, the National Association for the Advancement of Colored People (NAACP), the U.S. Special Olympics Foundation, and the Faith (Homeless) Mission. In 1989, Glascor received a personal acknowledgment of civic service from President George H. W. Bush and First Lady Barbara. Glascor was also a member of Centenary United Methodist Church.

Honorae Alfred Glascor retired from the Franklin County bench in 1990. Afterwards he served as a visiting judge for the Ohio State Supreme Court. Glascor died at the age of 97 on Thursday, October 20, 2011. Mary died at the age of 100 on December 5, 2016. The Glascors’ son Rayford, died in March 1985 at the age of 37.