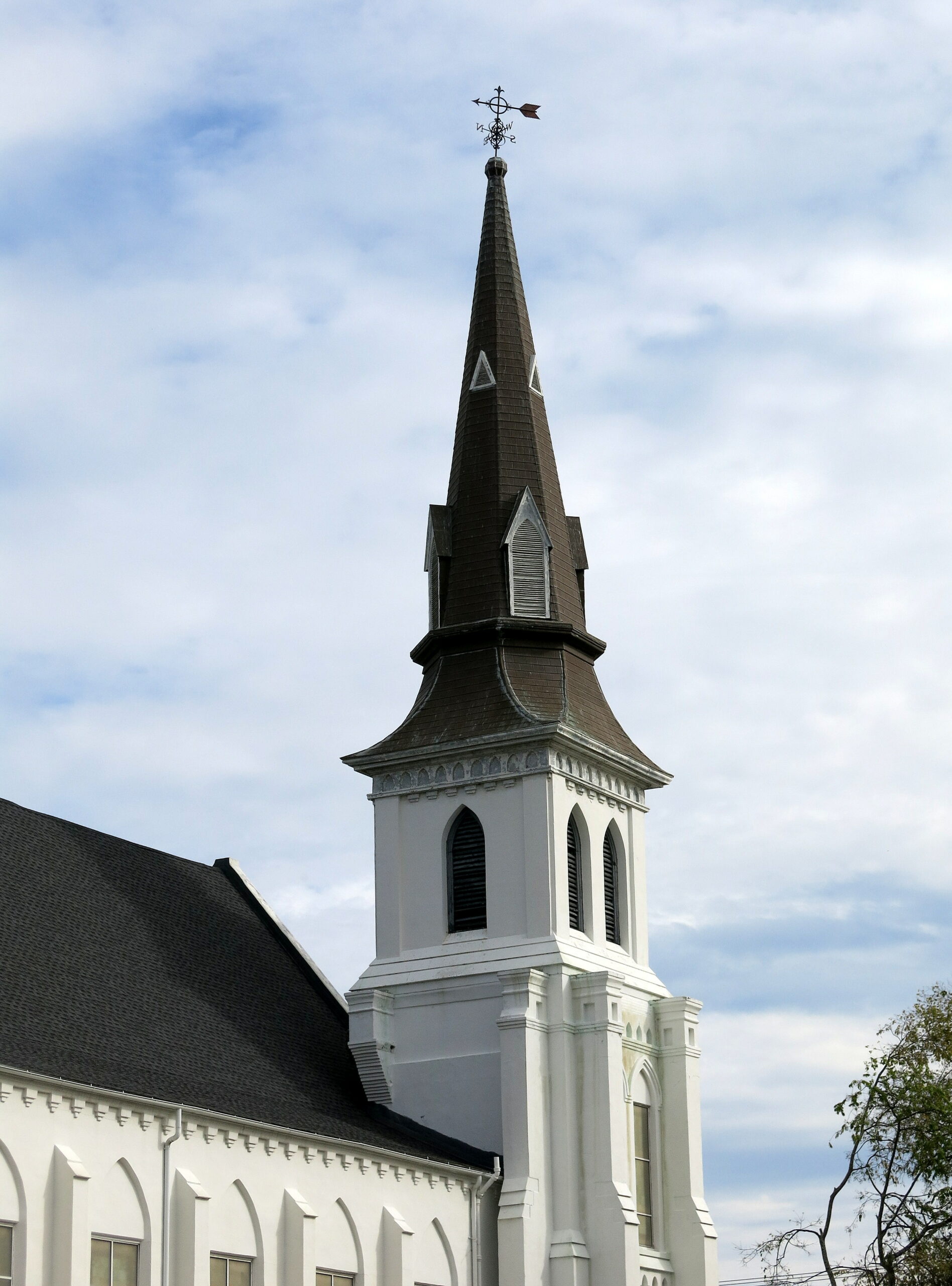 Emanuel A.M.E. Church is the oldest black A.M.E. Church in the South and contains the oldest black congregation south of Baltimore, Maryland.  The church’s early roots emerged out of slavery in a shared legacy with Charleston (South Carolina) Methodist Episcopal Church in 1791. Due to disputes over burial grounds, enslaved and free black members of the church withdrew their membership, and, under the leadership of Morris Brown, they established a church affiliated with the African Methodist Episcopal churches in 1816.  Because of the perceived threat of religious gatherings by enslaved and free blacks in antebellum Charleston and elsewhere in the slave-holding South, Brown and fellow ministers were placed in jail for violating state and local laws just two years after the church’s founding.

In the 19th century, Emanuel formed the hotbed of anti-slavery and political activism, alarming the city’s white population. But nothing perhaps had been more alarming and national in scope than the developments around the largest planned slave revolt that rocked not only the South, but the nation. In 1821, Denmark Vesey, a former slave and one of the church’s leaders, began organizing a major slave rebellion in Charleston to be carried out in June of 1822. Authorities were informed before the plot could take place, and, in 1822, they investigated the church for its participation with the slave revolt.  Rev. Morris Brown became a central target and suspect of the plot but was never convicted. He immediately fled to Philadelphia, Pennsylvania where he later became the second bishop of the A.M.E. denomination. Vesey, along with 35 other conspirators, was executed while over 300 alleged participants were imprisoned.

Due to the church’s connection with the slave revolt in their fight for freedom, local white agitators burned the church, and the state passed a series of stringent laws against the congregating of black churches, including a ban on services conducted without white supervision. However, the church continued its worship services when they rebuilt the church. Although in 1834, South Carolina law outlawed the presence and organization of black churches, the congregation worshipped in secret and helped with the Underground Railroad until 1865 when slavery ended.  They formally reorganized and adopted the name “Emanuel” meaning “God With Us.” In 1872, the congregation built a wooden two-story church (now the present site) but a devastating earthquake destroyed the structure in 1886.  Under the leadership of Reverend L. Ruffin Nichols, a brick Gothic Revival Style church, common among black parishioners in the Victorian era, was built in 1891.

Throughout the twentieth century, the church remained a pillar of the long black freedom struggle, the Civil Rights Movement, and political organizing. During the 1960s, legendary civil rights dignitaries such as Martin Luther King, Jr. and Roy Wilkins, executive secretary of the National Association for the Advancement of Colored People (NAACP) gave speeches from its pulpit.  In 1969, Coretta Scott King led a march from the church’s steps in support of striking black hospital workers.

On June 17, 2015, the church met tragedy once again at the hands of white domestic terrorism. At a Wednesday night bible study meeting, nine members were murdered including the pastor and state senator Clementa Pinckney.  The depraved act of violence signified the continuation of racial hatred and domestic terrorism inflicted upon African Americans and black churches in 21st century America.