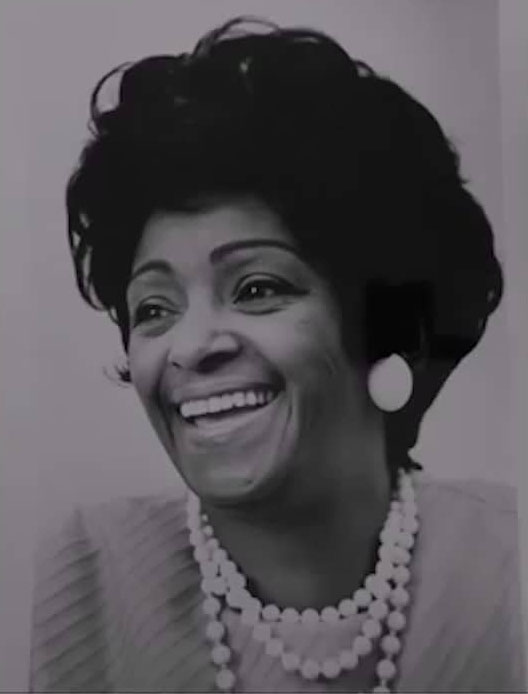 Elizabeth Duncan Koontz was the first African American president of the National Education Association (NEA) which at that point was an 820,000-member Association of Classroom Teachers. Koontz was born on June 3, 1919, in Salisbury, North Carolina. Her parents were Samuel E. Duncan, former president of Livingstone College, and Lena Bell Jordan Duncan, an educator at Salisbury’s Dunbar Elementary School. The last of seven children, Koontz, began elementary school at four and graduated salutatorian of her class from Joseph Charles Price High School in 1935 and enrolled in Livingstone College. Three years later, in 1938, she received a Bachelor of Arts degree. Afterward, in 1941, she earned the Master of Arts degree from Atlanta University (now Clark Atlanta University) in Atlanta, Georgia. In 1947, she married Harry Koontz, a mathematics educator.

In 1960, Koontz became the first African American to serve as secretary of the NEA. As an academic facilitator and strategist, she authored Guidelines for Local Associations of Classroom Teachers in 1961.

While Koontz held several positions as an educator in North Carolina and had served as president of the Association of Classroom Teachers of the National Education Association (NEA) from 1965 to 1966, her career break came in 1968, as president of the National Education Association. Her term in office was highlighted when she established the NEA’s Human and Civil Rights Division. A year later, in 1969, Koontz was appointed the first African American director of the United States Department of Labor Women’s Bureau by the United States President Richard Nixon. She collaborated globally and addressed relevant and pressing issues in an attempt to eliminate discrimination against women and minorities in the workforce. In that role she was a proponent of the Equal Rights Amendment (ERA). Because of her work, Koontz appeared on the covers of the August 1, 1969 Jet magazine and the October 1969 issue of Teacher.

Between 1969 and 1974, Koontz was received a number of accolades especially for her service to the country as president of NEA and director of the Labor Women’s Bureau. She received honorary doctorates from her Alma Mater, Livingstone College, Howard University, Coppin State College, Eastern Michigan University, Northeastern University, and Bryant University, Indiana University. An elementary school in Salisbury was named in her honor.

From 1975 to her retirement in 1982, Koontz was the assistant state school superintendent in North Carolina.

A member of Zeta Phi Beta Sorority, Inc., Elizabeth Duncan Koontz, died of a heart attack on January 6, 1989, in Salisbury, North Carolina. She was 70.