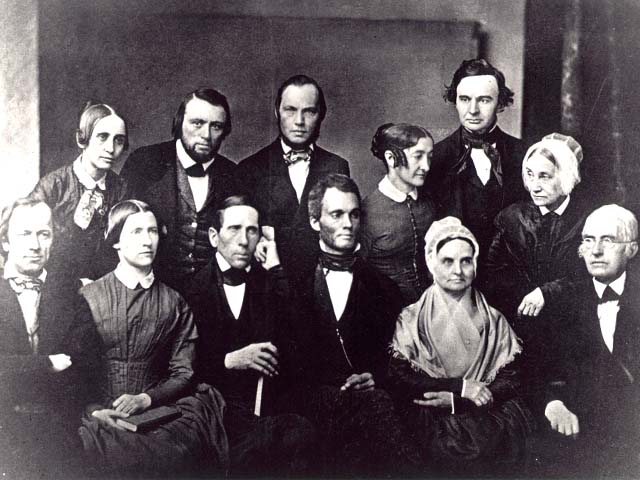 In the mid 1600’s, Philadelphia, Pennsylvania was a busting port for enslaved Africans. The city was also a place where the abolition movement saw its beginnings. The first document drafted in support of giving enslaved Africans their freedom was created in 1688 by four German Quakers, in the Germantown section of Philadelphia. Although the document was not supported at its time of presentation, meetings in support of the movement continued throughout the city, and the region. By the 1700’s, more documents were drafted and newsletters in support of abolition were publicly printed and published across the nation.

Anthony Benezet, a French abolitionist, migrated to Philadelphia with his family in 1731, when he was thirteen and became a Quaker. By 1739, Benezet was a schoolteacher in Germantown and a strong opponent of slavery. He set up an evening class for enslaved children in his home, and established the first public school for girls in America, and the Negro School at Philadelphia in 1773. Benezet used his own money to publish anti-slavery tracts and pamphlets, and was a well-known activist, along with Englishmen John Woolman, Granville Sharp and John Wesley, who corresponded with Benezet and distributed his publications throughout England.

On April 14, 1775, Benezet called 24 local leaders to the Rising Sun Tavern in Philadelphia. The purpose of the meeting was to form an organization that would focus on intervention and litigation, on behalf of Blacks and Indians, who were legally enslaved under existing laws, or claimed to be enslaved illegally. This was the first meeting of the Society for the Relief of Free Negroes Unlawfully Held in Bondage. Seventeen of the men were Quakers, members of the Religious Society of Friends. The Society held four meetings before it disbanded.

In 1784, 18 men from Philadelphia reorganized the group as the Pennsylvania Society for Promoting the Abolition of Slavery, and was more commonly referred to as the Pennsylvania Abolition Society (PAS). The group grew to 82 members in two years, and inspired other cities to establish branches of their own. Both Benjamin Rush and Benjamin Franklin, signers of The Declaration of Independence, joined the Society and assisted in writing a new constitution for the organization. In 1788, PAS successfully petitioned the Pennsylvania legislature to amend the gradual abolition act of 1780 and in 1790 a petition to the U. S Congress resulted in the ban of slavery____ where?

Abolitionist Robert Purvis was admitted as the societies first black member in 1842. The Society has undergone several internal changes, but continues to exist today as the oldest abolition society in the United States. The Pennsylvania Abolition Society is now dedicated to the cause of combating racism. In 1984, a Pennsylvania State Historical Marker was placed on the corner of the original site of the building, Front Street, below Chestnut Street.