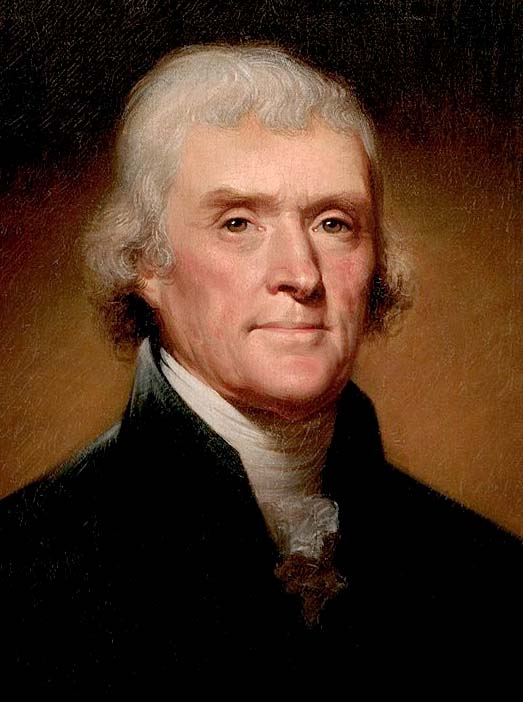 THE DECLARATION OF INDEPENDENCE AND THE DEBATE OVER SLAVERY

When Thomas Jefferson included a passage attacking slavery in his draft of the Declaration of Independence it initiated the most intense debate among the delegates gathered at Philadelphia in the spring and early  summer of 1776.  Jefferson’s passage on slavery was the most important section removed from the final document.  It was replaced with a more ambiguous passage about King George’s incitement of “domestic insurrections among us.”  Decades later Jefferson blamed the removal of the passage on delegates from South Carolina and Georgia and Northern delegates who represented merchants who were at the time actively involved in the Trans-Atlantic slave trade.  Jefferson’s original passage on slavery appears below.

He has waged cruel war against human nature itself, violating its most sacred rights of life and liberty in the persons of a distant people who never offended him, captivating & carrying them into slavery in another hemisphere or to incur miserable death in their transportation thither.  This piratical warfare, the opprobrium of infidel powers, is the warfare of the Christian King of Great Britain.  Determined to keep open a market where Men should be bought & sold, he has prostituted his negative for suppressing every legislative attempt to prohibit or restrain this execrable commerce.  And that this assemblage of horrors might want no fact of distinguished die, he is now exciting those very people to rise in arms among us, and to purchase that liberty of which he has deprived them, by murdering the people on whom he has obtruded them: thus paying off former crimes committed again the Liberties of one people, with crimes which he urges them to commit against the lives of another.

BlackPast, B. (2009, August 10). (1776) The Deleted Passage of the Declaration of Independence. BlackPast.org. https://www.blackpast.org/african-american-history/declaration-independence-and-debate-over-slavery/

Thomas Jefferson, The Writings of Thomas Jefferson: Being His
Autobiography, Correspondence, Reports, Messages, Addresses, and other
Writings, Official and Private