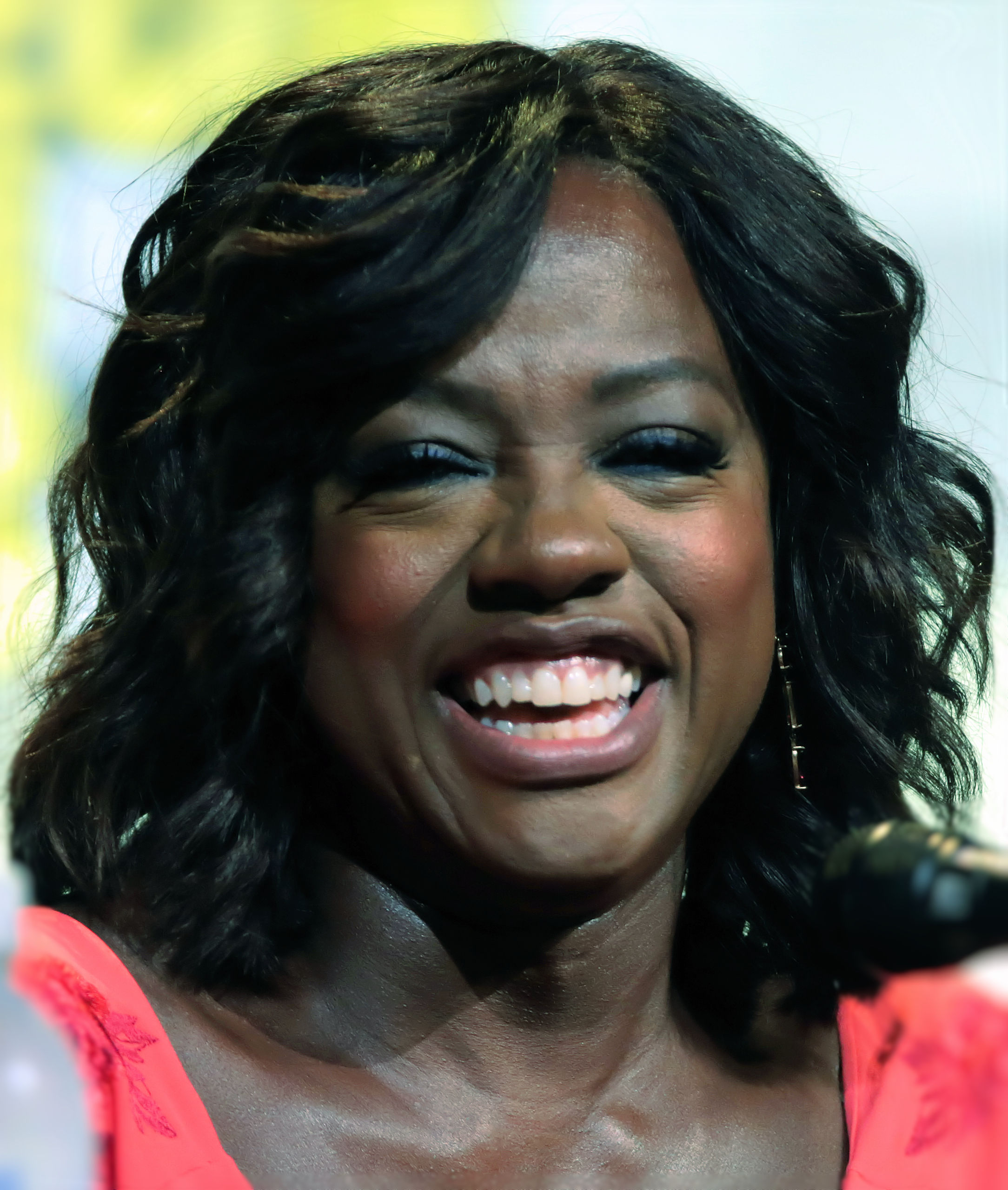 Viola Davis is an American producer and actress of stage, screen, and television. Davis was born August 11, 1965, in St. Matthews, South Carolina. She is the daughter of Mary Alice Davis, a maid, factory worker, homemaker, and civil rights activist. Her father, Dan Davis, is horse trainer. Davis is the second youngest of six children. The Davis family would later move to Central Falls, Rhode Island, where Viola attended Central Falls High School. After graduating from high school, she attended Rhode Island College, earning a degree in theater in 1988. Davis would continue her studies at the Juilliard School of Performing Arts in New York City for four years (1989–1993).

Davis made her Broadway debut in August Wilson’s tragic comedy Seven Guitars, in 1996, in which she played the character Vera, a woman who takes back her boyfriend who had wronged her. A few years later, Davis worked with Wilson again in his 2001 drama King Hedley II, for which she won her first Tony Award and Drama Desk Award. Davis also won another Drama Desk Award in 2004 for the off-Broadway production of Intimate Apparel by Lynn Nottage.

Davis’s first films included Out of Sight, Solaris, Traffic, and Syriana. She later appeared in Kate & Leopold and Antwon Fisher. Davis’s television credits have included Law & Order: Special Victims Unit, Traveler, and Century City. In 2008 Davis played Mrs. Miller in the film adaptation of the Broadway play Doubt, which also starred Meryl Streep, Philip Seymour Hoffman, and Amy Adams. Davis was nominated for several awards for her performance in the film, including a Golden Globe and an Academy Award for Best Supporting Actress.
On June 30, 2009, Davis was inducted into The Academy of Motion Picture Arts and Science.

On June 13, 2010, Davis won her second Tony Award for her role as Rose Maxson in a revival of August Wilson’s Fences in which she co-starred with Denzel Washington, who also won a Tony Award for his role in the film. In 2011 Davis co-starred with Emma Stone, Octavia Spencer, Jessica Chastin, and Bryce Dallas Howard in the film adaptation of the bestselling book by Kathryn Stockett, The Help. Davis’s role in the film earned two Screen Actors Guild Awards, as well as a second Academy Award nomination. She also received two Golden Globe Awards and BAFTA nominations for the same performance.

Davis also appeared in the 2013 science fiction film, Ender’s Game, and the 2014 James Brown biopic, Get on Up, in which she portrayed James Brown’s mother. The same year, Davis starred as the lead character in How to Get Away with Murder. In 2015 she became the first black woman to win the Primetime Emmy Award for Outstanding Lead Actress in a Drama Series because of that role. She received a second Primetime Emmy Award nomination for her role in the show in 2016. That same year, Davis starred in the film Custody, and served as an executive producer. She also played Amanda Walker in the DC Comics film, Suicide Squad.

Davis married actor Julies Tennon in June 2003. The couple have a daughter, Genesis, whom they adopted in 2011. Davis is the stepmother to Tennon’s two sons from previous relationships. Davis is also the cousin of actor Mike Colter, who portrays the Marvel Comics character Luke Cage.

With the win for her work in the 2016 film Fences, Davis became the 23rd person to complete the so-called triple crown of acting, which is the term used to describe actors and actresses who have won at least one competitive acting award at the Oscars, the Emmys, and the Tonys.  She is the first black man or woman to do so.