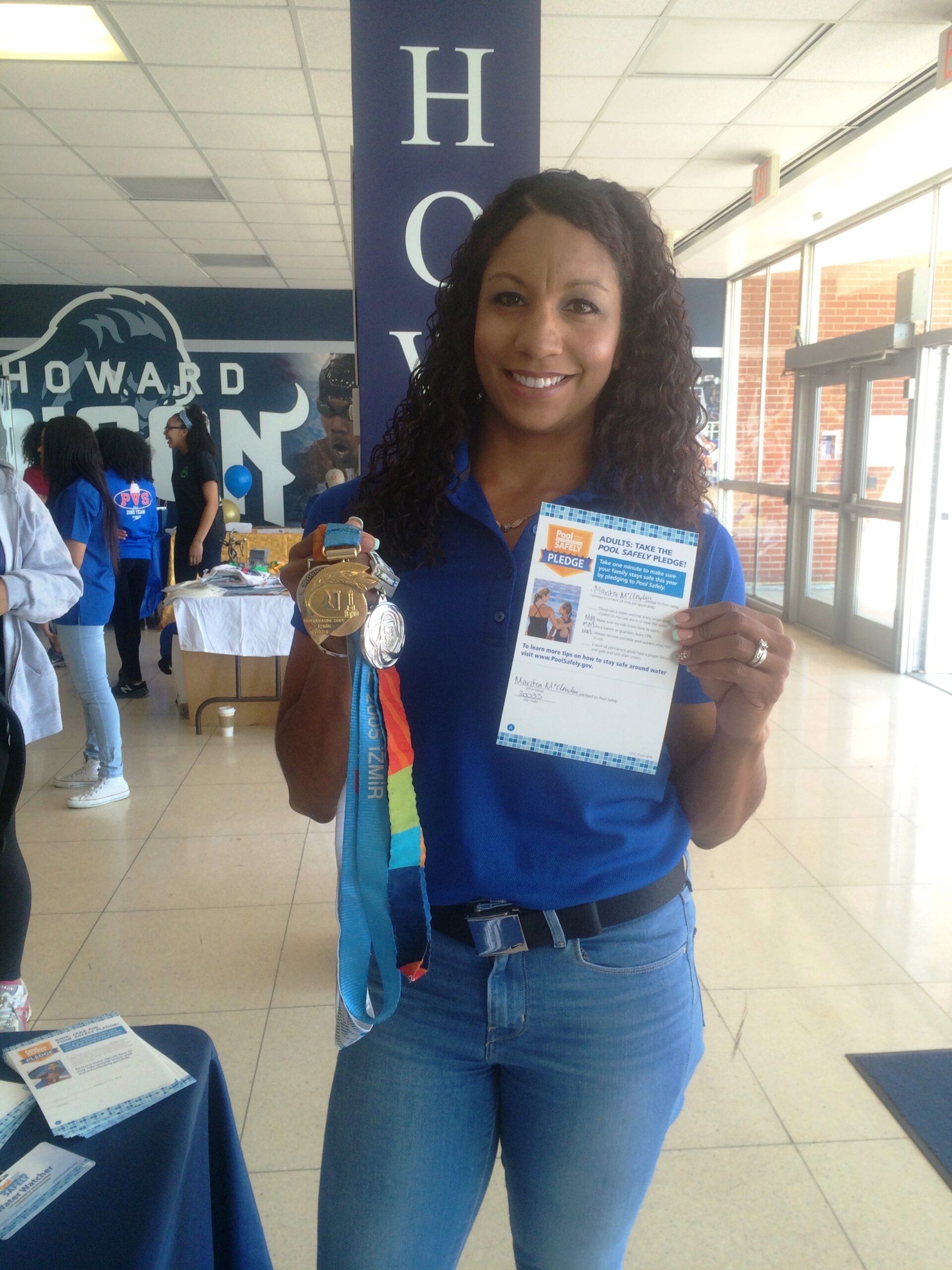 Maritza Correia is former Olympic swimmer for the USA team, who competed in the 2004 Summer Olympics. Correia is the first Puerto Rican of African descent to compete on the USA Olympic Swimming Team.

Correia was born on December 23, 1981, in San Juan, Puerto Rico.  Her swimming interest began at the age of six after she was diagnosed with scoliosis. Her doctor suggested she take up either swimming or gymnastics to treat her condition. Living in Puerto Rico, her mother thought it made the most sense for her to take swim lessons. Maritza asked if she could participate in a year-round program and later joined a local swim club in San Juan and started to swim competitively. Correia moved to Brandon, Florida, at the age of nine. There, she participated as a member of the Brandon Blue Wave Swim Team. In 1997 she earned a spot on the 1997 USA National Junior Team. This led her to be the 1999 U.S. National Champion in the 50-meter freestyle in the eighteen and under age group. She was named Florida High School State Champion six times, four of those times in the 100-meter freestyle.

Correia went on to compete during time at the University of Georgia. She was a three-time world champion, two-time Pan American Games gold medalist, and was the first African American to break a world record in swimming, along with becoming the first African American to hold American records before going onto the 2004 Summer Olympic games in Athens, Greece. She became the U.S. Open record holder in the 50-yard freestyle and a member of the 200- and 400-yard freestyle relay teams in 2002. The team set U.S. records. She received a silver medal with the United States 400-meter freestyle relay team at the 2004 Olympics.

After the Olympics, Correia continued her studies at the University of Georgia. There, she went on to become the American record holder in the 50-yard freestyle and 100-yard freestyle. She also became an eleven-time NCAA Champion and a twenty-seven-time NCAA All American. She continues to be the only swimmer to win an SEC title in every freestyle event. She received a degree from Georgia in 2005 in sociology.

Currently, Correia works as the senior marketing manager for Nike Swim and serves as the ambassador for USA Swimming’s Swim 1922 Program. The program, in partnership with Sigma Gamma Rho Sorority, strives to lower drowning rates in the African American Community. Correia works as an advocate for minorities to become involved in swimming.

Correia was married in 2010 after retiring from swimming to Chad McClendon and added his last name to hers. They have two children, Kason and Sanaya.