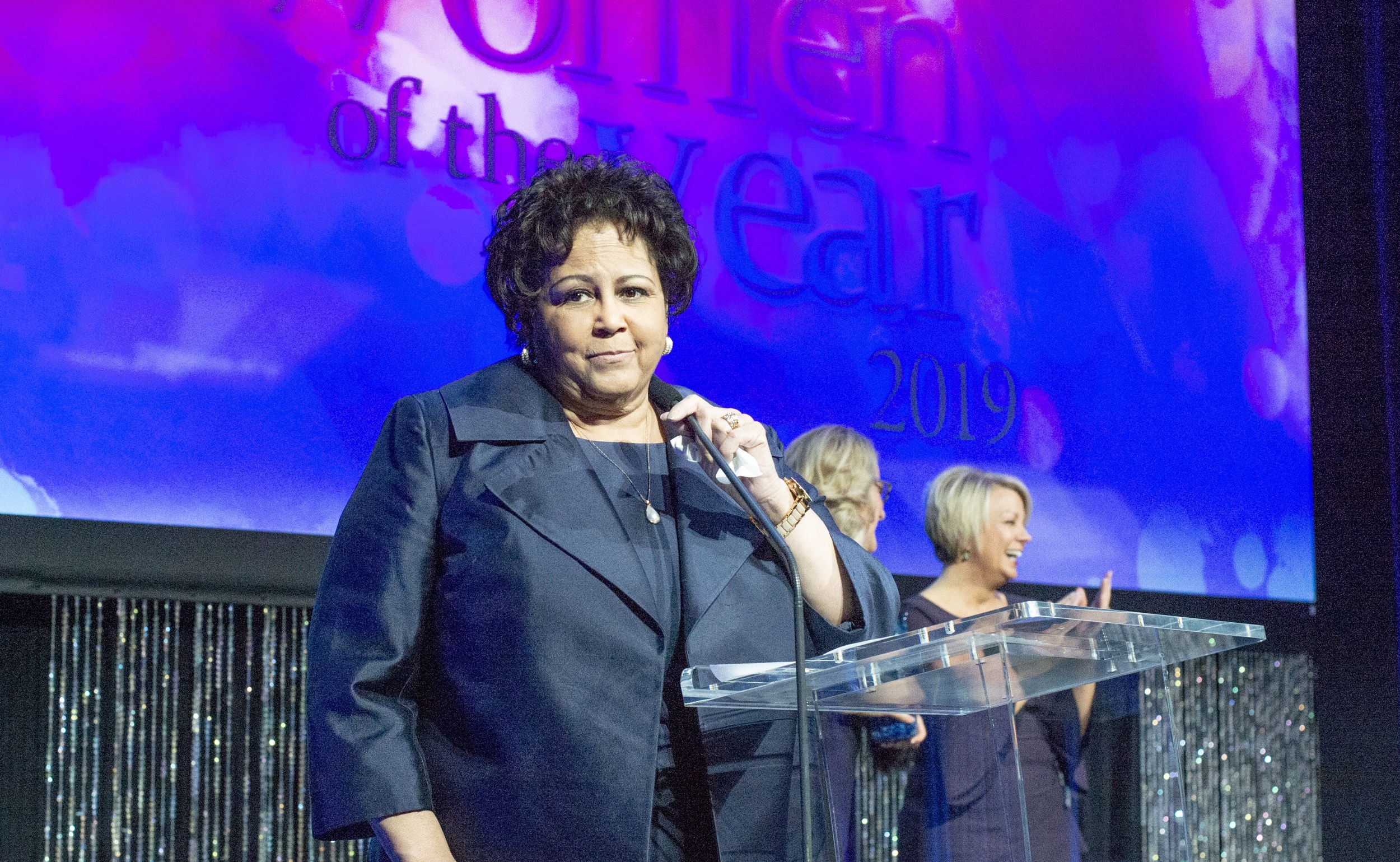 Idaho’s first African American State Senator, inspirational keynote speaker, trainer, and singer Cherie Buckner-Webb, a fifth generation Idahoan was born October 20, 1951 in Boise. Buckner-Webb, her family, and other members of the small black community in the state capital experienced multiple examples of racism. When she was seven years old the Ku Klux Klan burned a cross in her family’s front yard because of her family’s political activities. In spite of this atmosphere of discrimination and hostility, Buckner-Webb’s parents refused to give into scare tactics and the family continued with their normal routines.  Her mother even displayed the cross on their mantle to keep it as a visible reminder.

After graduating from Boise High School in 1968, Buckner-Webb enrolled in George Fox University in Newberg, Oregon and graduated four years later with a B.S. degree in Management and Organizational Leadership.  She returned to Boise and received her M.A. in Planning and Social Work Administration in 1974 from Northwest Nazarene University in nearby Nampa, Idaho.

Buckner spent the next thirty six years working in her field.   She also became a certified personal coach and founded Sojourner Coaching to assist and support professionals in career development.  During this period she married Rev. Henry Webb.  The couple has two sons.

Although Buckner-Webb participated in local politics through much of her adult life, in 2010 she finally decided to run for office.  She filed as a Democrat to represent District 19 in the Idaho State Legislature.  She defeated her primary and general election opponents and won the seat with 68% of the vote on November 2, 2010.  In doing so Buckner-Webb became the first African American State Legislator. Two years later in 2012 Buckner-Webb won the Idaho Senate seat for District 19.  Soon afterwards she was named the Democratic caucus chair.

Buckner-Webb faced a particularly nasty campaign when she ran for the State Senate post.  During the campaign several of her lawn signs were defaced with racist slurs such as “Kill the nigger bitch, signed the KKK.” In April 2012 Buckner-Webb received a direct mailing from the Ku Klux Klan. The letter included a hand written application to join the Knights of the Ku Klux Klan. The application asked for a $35 annual membership fee and for a written statement saying, “I am a Christian Man or Woman.” Buckner-Webb stated in an interview that she believed she was sent the application as a warning by the Klan of its power in the state.  The KKK had at least 18 chapters across Idaho at that time. Buckner-Webb refuses to be intimidated and supporters in her mostly white district elected her by a wide margin.

Buckner-Webb has many interests outside of politics. She is a talented jazz, blues, and gospel vocalist.  In 2004 she received the Idaho Excellence in the Arts Award from the state’s governor, Dirk Kempthorne, for her debut solo album “By His Grace.”  Buckner-Webb also promotes African American history in Idaho and serves as a founding board member of the Idaho Black History Museum.