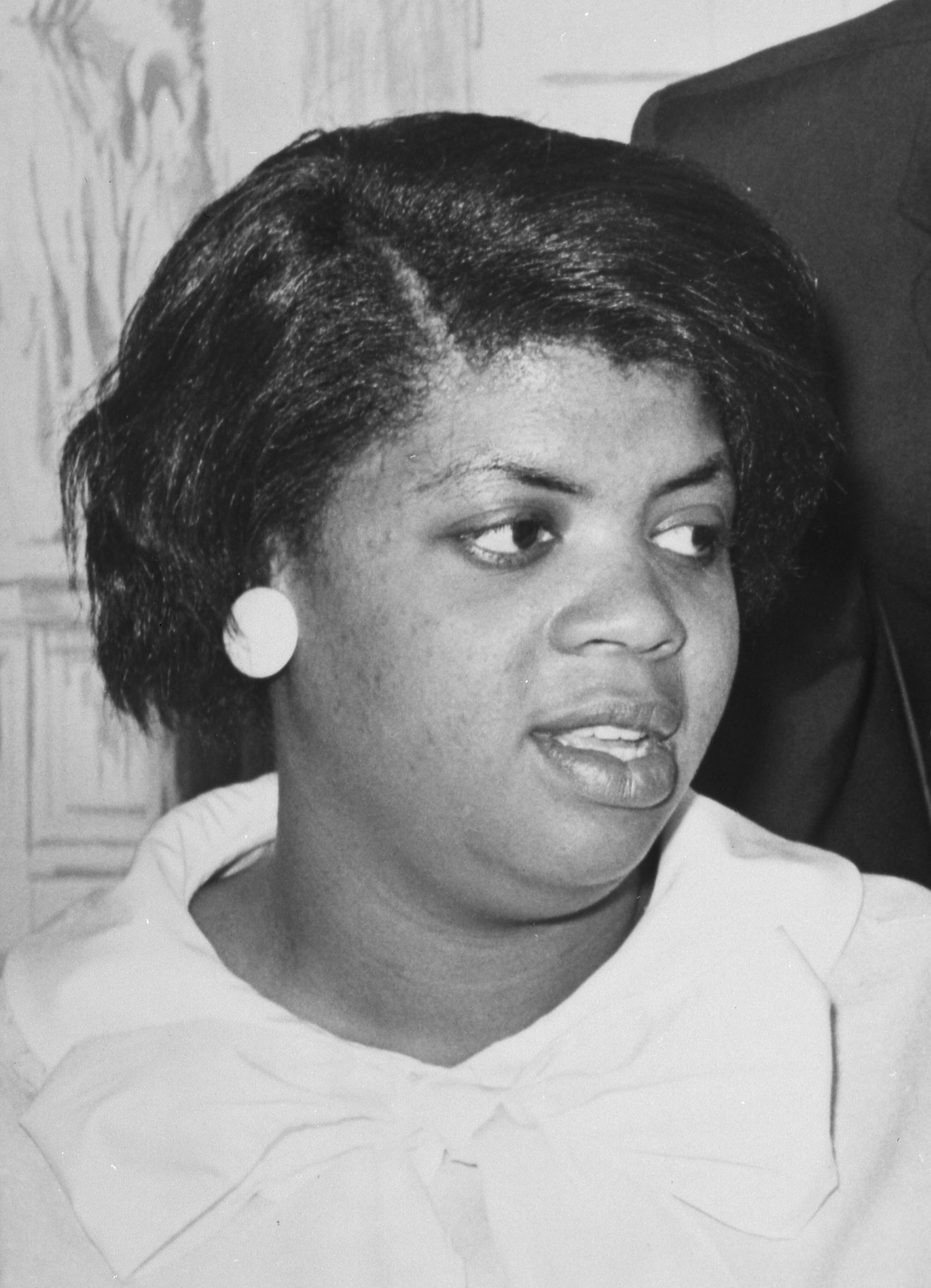 Linda Brown is best remembered as the subject of the lawsuit that led to the 1954 Brown v. Board of Education decision which eventually impacted public schools across the United States.  Brown was born on February 20, 1943, in Topeka, Kansas. She was the daughter of Oliver and Leola Brown. Her father  was the minister at St. Mark’s African Methodist Episcopal (AME) Church in Topeka and filed the lawsuit in 1951 on behalf of his daughter.

In 1951, when Linda was nine years old, Oliver Brown attempted to enroll her at Sumner Elementary School in Topeka but was unable to because it was an all-white school. Linda and her siblings had to walk two miles just to reach the bus that transported them to the black school. In a 1985 interview she recalled, “I remember the walk as being very long at that time… and then when wintertime came, it was a very cold walk. […] I remember walking, tears freezing up on my face, because I began to cry because it was so cold, and many times I had to turn around and run back home.”

Her father then sued the Topeka School District in 1951, in what would become the landmark case Brown v. Board of Education. The Brown case was combined by the U.S. Supreme Court with companion cases from Virginia, Delaware, South Carolina, and Washington, D.C. Ultimately, in 1954, the Supreme Court ruled that “separate but equal” was unconstitutional, overturning the 1896 Plessy v. Ferguson decision.

Linda Brown was no longer in elementary school when the Brown decision was rendered. In 1961, Linda graduated from Central High School in Springfield, Missouri and then earned a degree in early childhood education from Kansas State University. She returned to Topeka and began teaching private piano lessons but eventually went on to work with the Brown Foundation, the non-profit organization created to honor the legacy of the Brown decision. During her time with the foundation, she helped establish three libraries for preschool children. She also played piano for the choir at St. Mark’s AME Church, where her father had been pastor in the 1950s.

Due to her recognition from her groundbreaking Supreme Court case, Brown and her family often traveled to lecture about civil rights and their experiences. She was a guest at the White House during both the Clinton and Obama administrations.

Brown was married three times, first to Charles Smith in 1963, whom she divorced to later marry Leonard Buckner. Buckner passed away in the 1980s, and Linda then married William Thompson.

Linda Brown passed away on March 25, 2018, in Topeka, Kansas. She was 75 years old.  She was survived by her two children, six grandchildren, and three great-grandchildren.