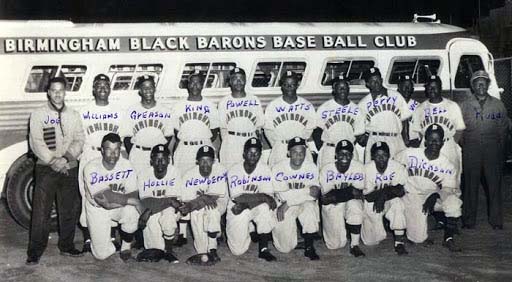 The Birmingham Black Barons was a professional baseball team active in the Negro Leagues from 1920 to 1960. They played their home games at Rickwood Field in Birmingham, Alabama. The team had its greatest success in the 1940s, winning three Negro National League pennants (1943, 1944, and 1949). Unfortunately, the Black Barons lost all three Negro League World Series games to the Homestead Grays of Pennsylvania.

The Birmingham Black Barons, formed in 1920 by Birmingham businessman Frank Perdue, was one of the first eight teams invited to join the Negro National League in 1924. They were also the first southern team in the league. Most of the Barons players came from poor areas in and around Birmingham. For these players the Black Barons became a path to escape poorly paid jobs.