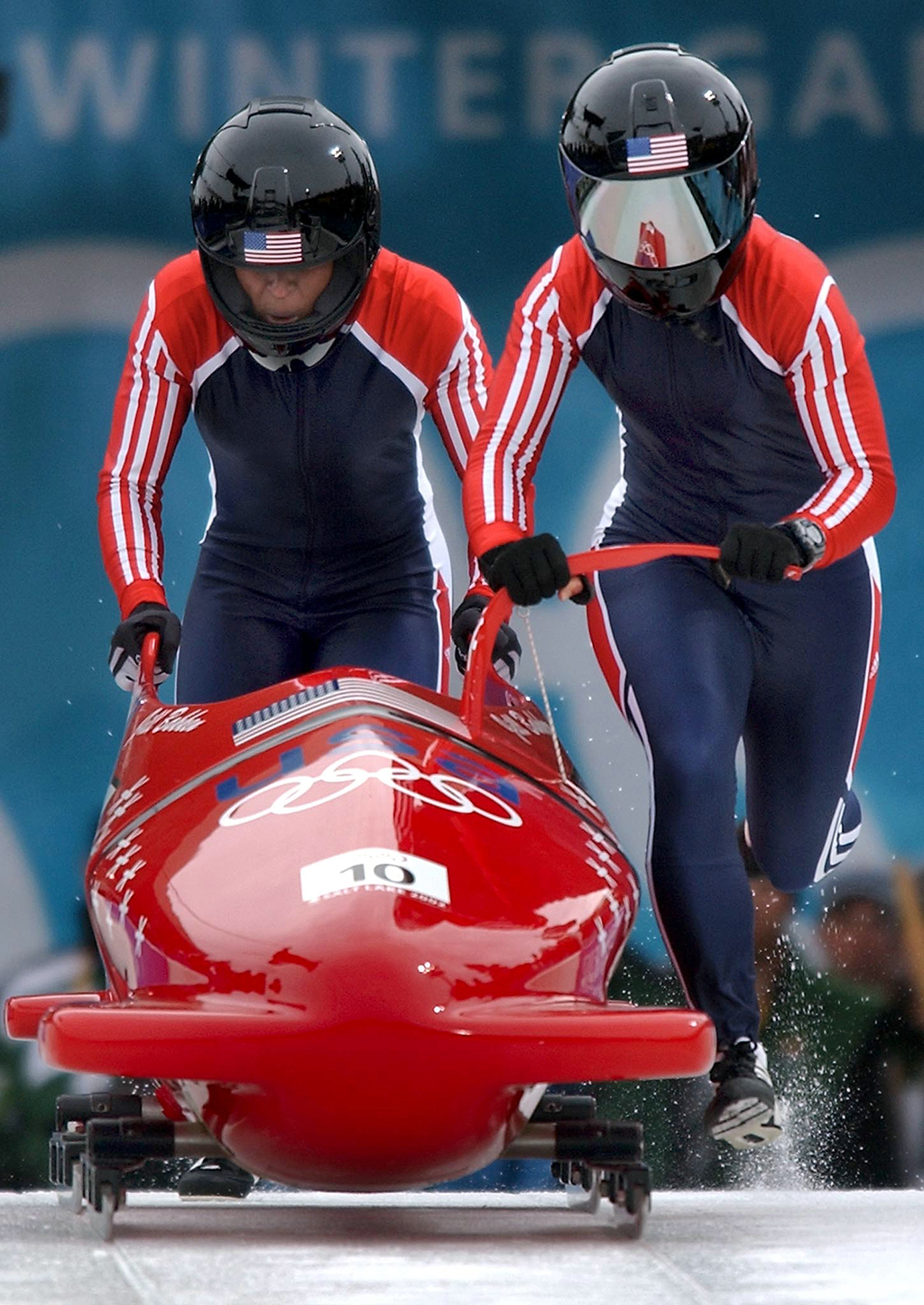 The first person of African descent, male or female, to win a gold medal at the Winter Olympics was Vonetta Flowers when she won gold in the women’s bobsled event in 2002 at Salt Lake City.

Born October 29, 1973, in Birmingham, Alabama, to Jimmie Jeffrey, a maintenance director for a trucking company, and Bobbie Jeffrey, a hotel maid, Vonetta Jeffrey had a dream of Olympic gold, but in track and field. After beating all other students in a race at Jonesboro Elementary School, Flowers began competing in track and field events. She ran track at P.D. Jackson Olin High School as well as playing on the volleyball and basketball teams. As a high school senior, Flowers won four track and field events at the Alabama State Championships and several colleges offered her athletic scholarships.

Flowers graduated from the University of Alabama at Birmingham in 1995. While at college, she met Johnny Flowers, a fellow freshman member of the track team and her future husband. The son of a minister, Johnny Flowers encouraged Vonetta’s involvement in church and she became a born-again Christian.

Flowers tried out for the 1996 U.S. Summer Olympic team in the 100-meter dash and the long jump, but she was not successful. After another failed attempt in 2000, Flowers decided to retire from track and field. A few days later, her husband saw a flyer looking for track athletes willing to try out for the U.S. bobsled team. Johnny Flowers’ try-out ended with an injury, but Vonetta Flowers was soon competing in a sport she initially knew little about.

On February 19, 2002, brakewoman Flowers and her driver Jill Bakken won gold at the inaugural women’s bobsled event at the Olympic Games in Salt Lake City. The gold was also the first medal won by a U.S. bobsled team in forty-six years. Six months later, on August 30, Vonetta Flowers gave birth prematurely to her twin sons, Jaden Michael and Jorden Maddox. Traveling the world with her husband and sons, Flowers continued to train and compete around the world. She and sledding partner Jean (Racine) Prahm came in sixth in the 2006 Winter Olympics. She is training for the 2010 Olympics in Vancouver, Canada.