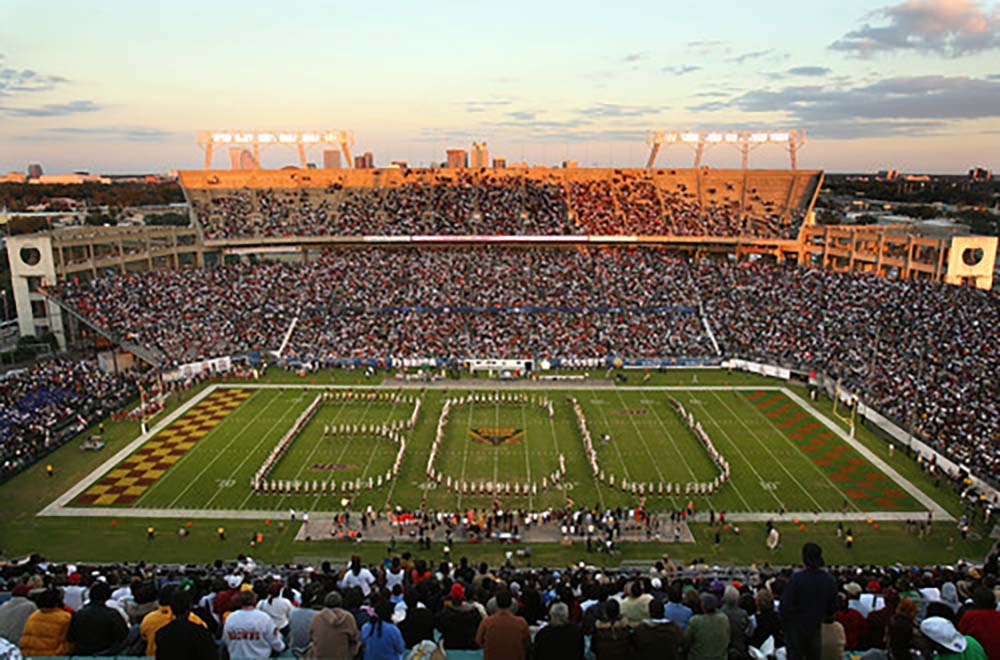 Bethune-Cookman University is a private liberal arts institution in Daytona Beach, Florida. It is an Historically Black College University (HCBU) with a strong foundation in the United Methodist Church.

Bethune-Cookman University began in 1904 as the Daytona Educational and Industrial Training School for Negro Girls. Mary McLeod Bethune, who would eventually become a noted black educator, leader of African American clubwomen and in the 1930s, a political appointee in the Franklin Roosevelt Administration, began the school with only $1.50 and five students. Through dedication to teaching, an extraordinary organization of volunteers, and her remarkable fundraising skills, Bethune was able to expand the girls training institute into an accredited high school. In 1923 it merged with the Cookman Institute of Jacksonville, Florida and became a coeducational high school. The following year Bethune-Cookman Institution became affiliated with the United Methodist Church, an association which for the first time provided regular support. In 1931 the Institute became an accredited junior college now called Bethune-Cookman College. A decade later, in 1941, the Florida State Department of Education approved Bethune-Cookman’s request for expanded liberal arts and education programs which allowed it to become a four year college.

Mary McLeod Bethune served as president of Bethune-Cookman until 1942 when she retired. James E. Colston served as president until 1946 when Dr. Bethune resumed the presidency for one year.  In 1947 Richard V. Moore, Sr., became the institution’s third president. In 1970, during his administration, the college gained accreditation by the Southern Association of Colleges and Schools (SACS-COC).

The current enrollment of Bethune-Cookman University is approximately 3,600 undergraduates. Students come from over 35 countries, but the majority of the students are from Florida and are of African American descent. Since 1943 the university has graduated over 13,200 students. Bethune-Cookman is a member of the NAA and the NCAA and has a nationally renowned choral organization. The college also offers 35 undergraduate degree programs and a Masters of Science in Transformative Leadership.