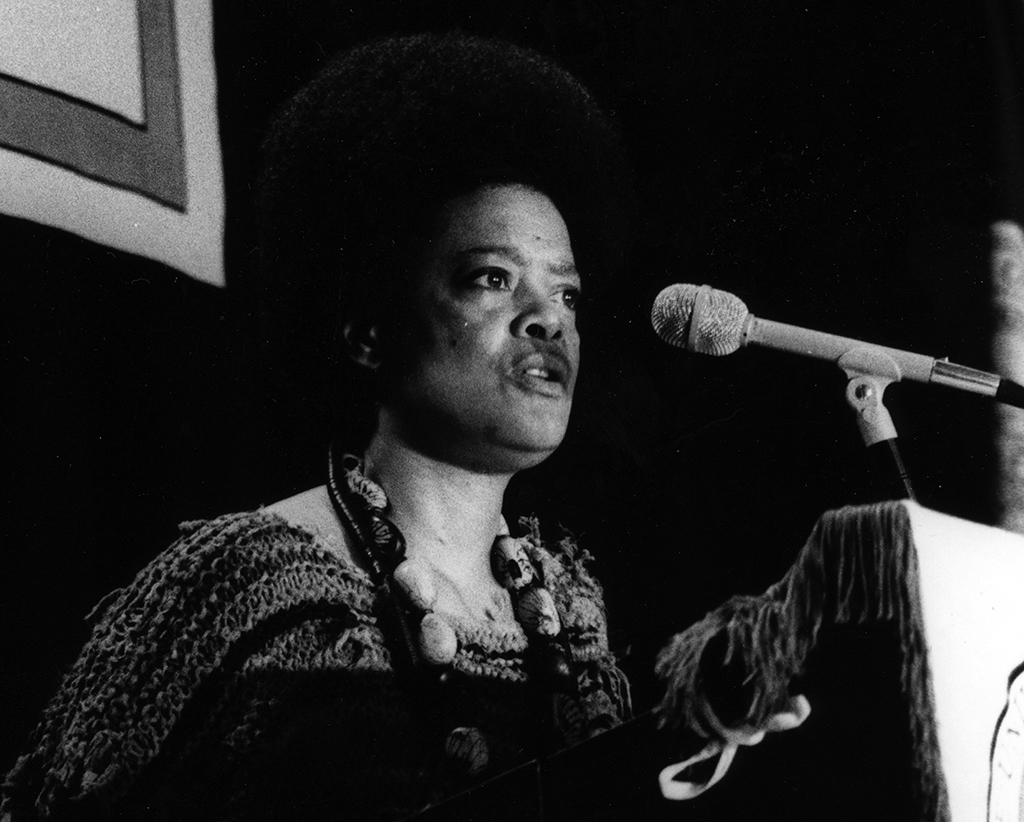 Originally named Miltona Mirkin Cade at birth, Toni Cade Bambara was a civil rights activist, writer, teacher, and filmmaker.  She was born in 1939 in Harlem, New York.  At the age of six, she changed her name to Toni, and in 1970 she added the surname Bambara after finding it among her great-grandmother’s belongings.

Bambara earned her BA in theater arts/ English at Queens College in 1959, the same year she published “Sweet Town,” her first short story.  She was a social investigator from 1959 to 1961, and then worked in the psychiatry department of New York City’s Metropolitan Hospital.  During that time she studied in Florence as well as Paris, and earned an MA degree from City College of New York in 1964.  In 1965, she was hired to teach English at the City University of New York’s fledgling SEEK program for economically-disadvantaged students.  While there, she published short stories and became interested in film production.  From 1969 to 1974 she was an associate professor of English at Livingston College.

Bambara’s influence for her writings came from the streets of New York, where she experienced the teachings of Garveyites, Muslims, Pan-Africanists and Communists against the backdrop and the culture of jazz music.  Along with her own work, Bambara edited a collection of short stories, poems and articles titled The Black Women (1970) and Tales and Stories for Black Folks (1971).  During that time she also wrote her first screenplay, “Zora,” which was produced by WGBH in Boston.  A year later she published her own collection of short stories in Gorilla, My Love, edited by Toni Morrison and featuring fifteen stories on black women’s relationships and self-love.

In the early 1970s, she risked travel to Communist Cuba and Viet Nam to research women, and then took a series of academic appointments at a number of universities.  She published another collection of her short stories in 1977, The Sea Birds are Still Alive.  In 1980, Bambara published her first novel, The Salt Eaters, which earned the American Book Award.  The following year she won the Langston Hughes Society Award, another prestigious writing honor.  As the decade progressed, Bambara concentrated more on script writing and television production, often with political and social messages.