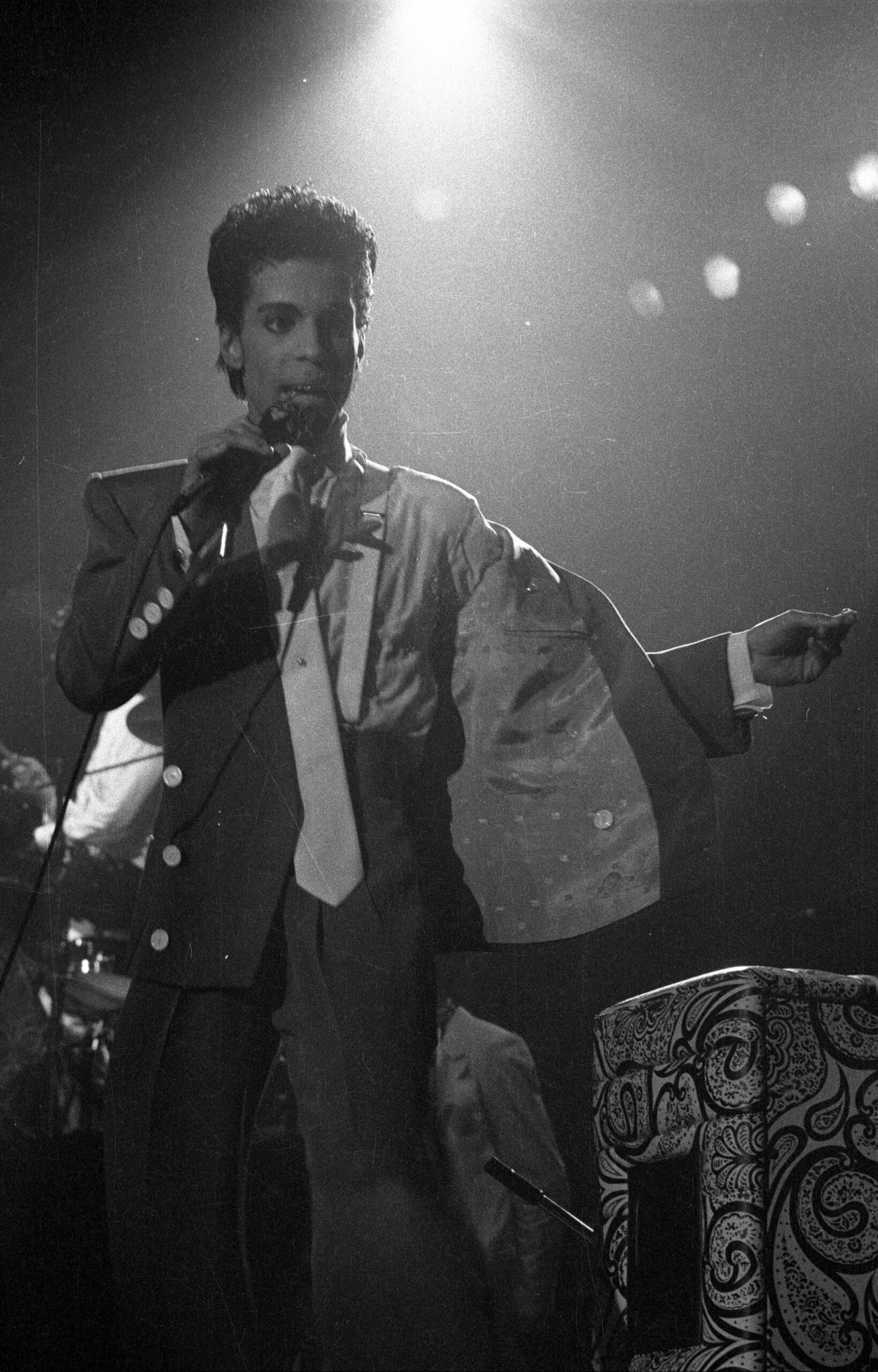 Hear a soundtrack specially chosen to enhance your learning about Prince Rogers Nelson (“Prince,” “The Artist Formerly Known As Prince”) (1958-2016)

Prince Rogers Nelson, songwriter, singer, producer, and all-round musical icon, was born on June 7, 1958 in Minneapolis, Minnesota. Music was a part of Prince’s family; his father, John Nelson, was a jazz pianist whose stage name was Prince Rogers, and his mother, Mattie Nelson, was a vocalist. Prince’s home life, however, was turbulent, and he left home at the age of 12 and was adopted into another family.

From a young age Prince began to teach himself many musical instruments, including the drums, bass, and guitar. While in high school he joined the band Grand Central along with Andre Anderson and Charles Smith (who was later replaced by Morris Day). Prince left school at age 16, by which point he had already begun helping to create what would become known as the “Minneapolis Sound,” characterized by industrial-sounding drum machines and synthesizer riffs.

By 1976 Prince was working as a session guitarist for Minneapolis Sound 80 Studios and by 1977, at age 19, he had signed a contract with Warner Records. During this, the early part of his career, Prince and his “Minneapolis Sound” made the biggest impact on the R&B charts with his debut album For You, with the single “Soft and Wet” being particularly popular.

In 1982, Prince released what would become his signature album 1999, which immediately secured him a position as a mainstream chart topper and MTV regular. In June 1984 Prince starred in the semi-autobiographical film Purple Rain.  The movie’s soundtrack, which Prince wrote and produced, received the Oscar in that category.  The album and film were commercially successful as well.  The album sold thirteen million copies and the film grossed more than $80 million in the United States.

Prince also wrote and produced music for other musicians such as The Bangles, Madonna, Chaka Khan, and Mavis Staples, although often under one of his many pseudonyms. He also opened his own studio and record label, Paisley Park, near Minneapolis which also became his main residence.

Introduced into the Rock and Roll Hall of Fame in 2004, the first year he was eligible, Prince was known to be hard-working to the point of obsession with his music.  He wrote over a thousand songs, often playing all the instruments for each song himself. Prince was hailed as one of the most successful and controversial artists and performers in modern popular music.