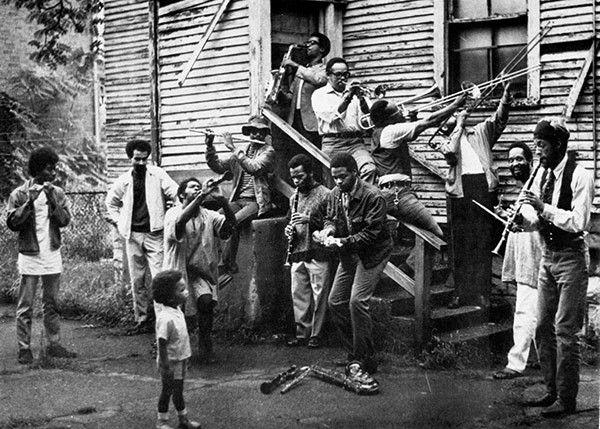 The Association for the Advancement of Creative Musicians (AACM) is a cooperative organization of musicians that became the leading influence on musical genre of free jazz. It is a non-profit organization founded in May of 1965 in Chicago, Illinois, by Muhal Richard Abrams, Jodie Christian, Steve McCall, and Phil Cohran. According to its charter, the AACM is devoted to “nurturing, performing, and recording serious, original music.” Also while founded in the jazz tradition, the group’s outreach and influence has touched nearly all corners of modern music.

In the 1960s, jazz music was losing ground to rock music, and the founders of AAMC wanted to add creativity that could generate a new audience. Pianist Muhal Richard Abrams who had organized an experimental jazz band 1962 was the driving force behind the founding of the AACC.

The musicians were committed to their music despite a lack of performance venues and sometimes indifferent audiences. In the 1960s and 1970s, AACM members were among the most important and innovative in all of jazz. The musical endeavors of members of the AACM often include an adventurous mixing of experimental jazz, classical, and world music. Its members gave concerts or created scores that blended music, geometry, painting, and ciphers to be interpreted by the performers live.

Beginning in 1969, AACM organized a music education program for inner-city youth. The association ran the AACM School of Music with classes taught by association members and also had a strong relationship with an influential sister organization, the Black Artists’ Group (BAG) of St. Louis, Missouri. The AACM has received support from the MacArthur Foundation and Columbia College.

The AACM was part of a larger artistic movement on Chicago’s South Side that included African Commune of Bad Relevant Artists (AFRICobra) and various other artist collectives. Together the organizations created spaces for performance, education, composition, and discussion, fueling black collectivity through creativity, and more specifically, the improvisatory act itself.

As older members moved away from Chicago, AACM school graduates such as Douglas Ewart and George Lewis took their places. The AACM musicians’ discoveries in terms of sound color, fluid rhythms, structure, and free jazz lyricism continued to be influential in the 1990s. In 2015 a fifty-year retrospective exhibition of art, music and group-related artifacts, entitled “Free at First” was held at the DuSable Museum of African American History. In 2016 their largest chapter is located in New York City under the leadership of one of the AACM’s early members, Henry Threadgill.