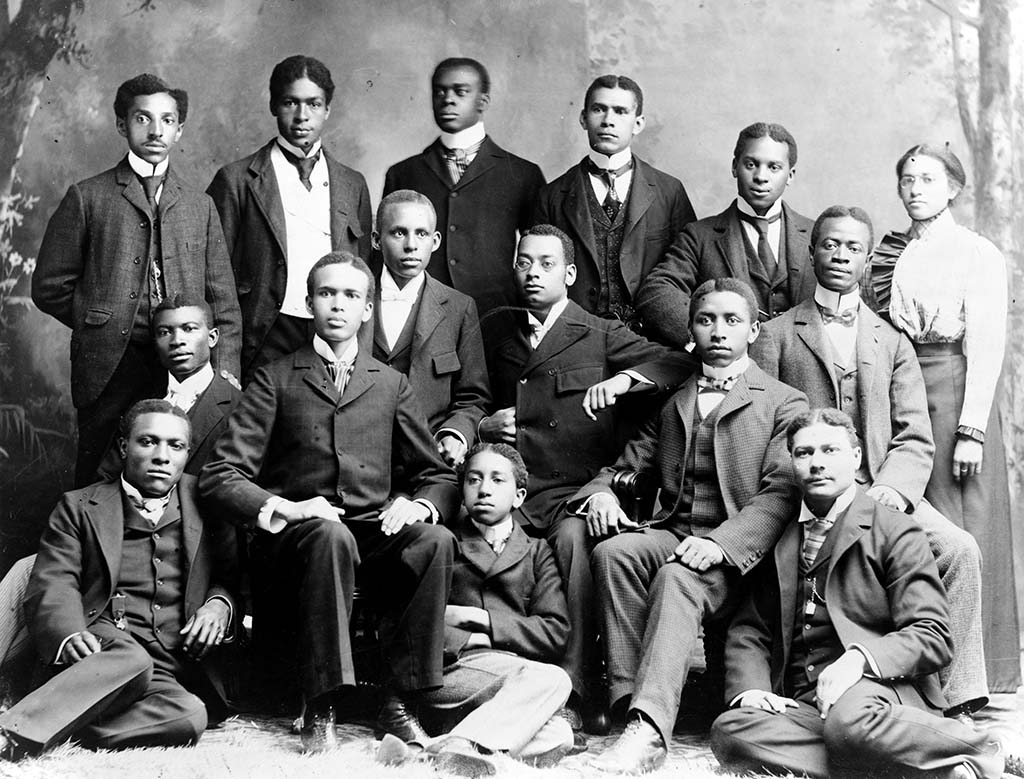 Roger Williams University was one of four historically black colleges located in Nashville, Tennessee. Founded in 1866, the institution was named after Roger Williams, the Massachusetts Puritan theologian who was expelled from his church and became an early member of the Baptist denomination in Rhode Island.

In 1864 two years before it became a university, Daniel W. Phillips, a white minister and freedman’s missionary from Massachusetts, conducted in his home elementary classes for African Americans. He accepted anyone who could read and write and do arithmetic at the fourth grade level. The following year, the classes moved to the basement of the First Colored Baptist Church in Nashville. In 1866 Phillips and other supporters founded the Nashville Normal and Theological Institute and relocated to the Union Army barracks in North Nashville. Its early funding came from the American Baptist Home Mission Society (ABHMS) of New York and local blacks and whites.

In 1867 the institute moved out of the barracks to a two-story frame building located at Park and Polk Streets. In 1870 the institute’s board of trustees attempted to purchase Fort Gillem, a former Union Army post located at 18th Avenue North and Jefferson Street, but Fisk University bought the property and built Jubilee Hall in 1872. In 1874 the institute raised $30,000 which it used to purchase thirty acres of the William H. Gordon farm located on the east side of Hillsboro Road in West Nashville. The institute built its new campus there between 1874 and 1875. Vanderbilt University, founded in 1873, was the school’s neighbor on the west side of Hillsboro Road.

On February 13, 1883, the Nashville Normal and Theological Institute became incorporated as Roger Williams University. African Americans held faculty positions and several blacks, including Merry and Randall V. Vandavall, served on the board of trustees, which was unusual for many black institutions of that era. The enrollment peaked at 248 students in 1884–85 with most coming from Tennessee, Mississippi, Kentucky, Arkansas, and Indian Territory. Roger Williams awarded bachelor of arts and bachelor of science degrees, and in 1886, it became one of the first African American institutions to offer a master’s degree.

The university continued to expand until the 1890s when student rebellions on campus and white suburbanization around the campus led to its decline. The major student rebellion came in 1888–89 when the white president was charged with racism and forced to resign. Local real estate developers were also interested in the campus and at one point offered the ABHMS $150,000 to sell, but the society refused the offer.

In January 1905, a mysterious fire destroyed Centennial Hall, the main classroom and dormitory building. Four months later, the school reopened but in May 1905, another mysterious fire burned the Mansion House, a women’s dormitory. At that point, the ABHMS closed Roger Williams University, transferred the students to Morehouse College, sold part of the campus to real estate developers, and gave the rest to George Peabody College for Teachers.

Local black leaders however were upset that the ABHMS closed the institution without consulting them. In response, the Negro Baptist Association of Tennessee formed the Tennessee Missionary and Education Association which raised about $10,000 and purchased a new campus for Roger Williams University which was located on Whites Creek Pike, closer to Nashville’s African American community. In 1909 Roger Williams University reopened with John W. Johnson, a graduate of the institution, as its first African American president.

Financial problems continued, however, and by 1922, the school had about 159 students and twelve faculty members. On July 12, 1927, the trustees agreed to merge the school with Howe Institute in Memphis which would later become Le-Moyne-Owen College. On December 29, 1929, the students and teachers left for Memphis to join Howe Institute.