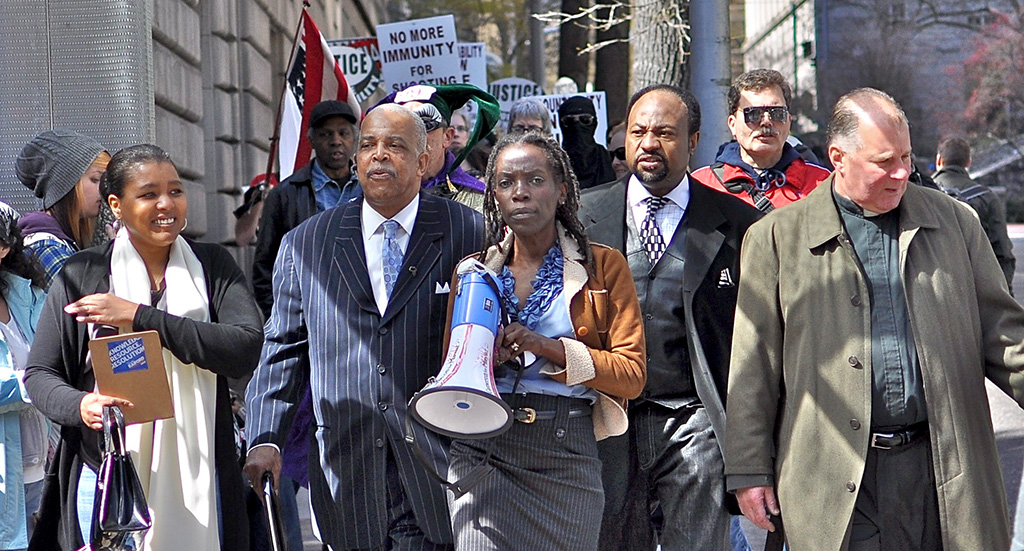 The Albina Ministerial Alliance is an umbrella group that represents 125 churches in North and Northeast Portland, Oregon. It was founded in the early 1960s by two ministers, Rev. John Jackson and Rev. O.B. Williams. The majority of churches represented in the Albina Ministerial Alliance (AMA) are composed of predominantly African American congregations.  The AMA was founded to provide a greater voice to the people of color in Northeast Portland whose needs were and are often overlooked by city and civic leaders.  The Alliance sponsors programs that focus on community health.  It also remains active in efforts to expose unjust treatment towards members of the community.  The AMA began as a group of all-male African American pastors. Though some of them were initially hostile towards including women, today the Alliance includes women pastors and white pastors.

The AMA has its roots in the 1950s and 1960s, when African Americans in Portland and other cities across the country were demanding civil rights for people of color, more and better job opportunities, and housing and schools in their neighborhoods.  It incorporated as a non-profit organization in 1971. At the organization’s peak in the late 1990s, the Alliance oversaw a budget of $1 million. At that time, the AMA offered a range of social services that included day and night care for children, transitional housing, energy bill relief, parenting classes, and health programs.

The AMA has also addressed the growing problem of gang violence in Northeast Portland.  It has initiated programs to reduce gang shootings, promote employment for young men in the area, and create safer neighborhoods.

http://www.oregonlive.com; http://www.albinaministerialcoalition.org; Hearing on the Reauthorization of the Juvenile Justice and Delinquency Prevention Act of 1974. Hearing before the Subcommittee on Human Resources of the Committee on Education and Labor. House of Representatives, One Hundred Second Congress, Second Session (Portland, OR) (http://www.eric.ed.gov).