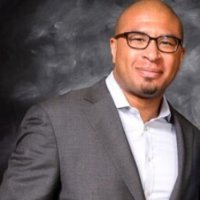 Chris Jay was born and raised in Anchorage, Alaska and has lived in Seattle since 2005. He comes from a long line of native Seattleites on his mother’s side, and the majority of the Jones’ still live in Seattle today.

Chris is a Senior Financial Advisor and Portfolio Manager with Merrill Lynch in downtown Seattle where he has been since 2009.

Chris holds a Bachelor of Arts in International Business from Seattle University’s Albers School of Business and Economics and read International Economics at the University of Westminster in London. He also attended The Culver Academies where he was co-Captain of the men’s rowing team.

Chris is a past member of Seattle Opera’s Bravo! Club and the Columbia Tower Club, and is a participant in community initiatives with the United Way of King County and Treehouse. Chris is currently a member of the Washington Policy Center’s Young Professionals, and has continued his relationship with both Seattle University and Culver through mentorship and alumni involvement.