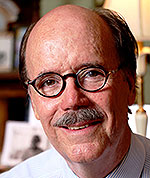 Carrying forward  the vision of Dr. Carter G. Woodson, BlackPast.org presents the magnificence and complexity of African-American civilization for those seeking understanding and context – the pillars of authentic knowledge.

G. Chandler Vaughan has advised private European and North American corporations and financial institutions on sovereign risk relating to intellectual property partnerships and manufacturing joint-ventures in the former Soviet Union. This practice grew from the analytics and bespoke conference division of Albion Woods Publisher Inc., which Vaughan founded in 1992, a reference and proprietary technical data publisher for the international energy industry.  Albion Woods, in addition to publishing specialized English-Russian content for the mid-stream and upstream sectors, designed and conducted  private policy seminars for governmental, multi-lateral and NGO entities including European Bank for Reconstruction and Development, European Union, NATO, U.S.-Russia Business Council, U.S. Department of Commerce, USAID and the World Bank. Albion Woods is now a division of a Scandinavian state-owned enterprise.

Vaughan was independent executor for Juanita Jewel Craft (1902-1985)  of Dallas, a pivotal local, state, and regional organizer for the National Association for the Advancement of Colored People (NAACP) during the long campaign for racial justice in Texas and the contiguous states from the 1930s to the 1980s. A member of that remarkable generation of social justice activists born around 1900, her life epitomized the “grass-roots” activism that propelled mid-20th century freedom movements across the United States. As executor, Vaughan organized and conveyed her extensive historical estate to archival repositories in Boston, Dallas and Austin. He also edited and published Craft’s oral history a child, the earth and a tree of many seasons: The Voice of Juanita Craft, and produced the Time Warner documentary Craft at 80. At her request, he established The Juanita Craft Foundation in 1985. The Foundation, for which he serves as Managing Trustee, sustains her legacy by organizing and funding programs, public history exhibitions and sponsored research, and through the financial support of the Juanita Craft Civil Rights House and Memorial Garden. The Foundation also maintains significant holdings of her personal papers and items in the Craft Foundation archives.

A native of Dallas, Texas, he is married to Oksana Potapova of Moscow, Russia. They are the parents of three children. Educated at the University of Texas at Austin and The University of California at Berkeley, Vaughan is the author of the forthcoming book A Lady of Grace in the Den of White Lions: Conversations with Juanita Craft to be published Autumn 2015 by a London publisher.