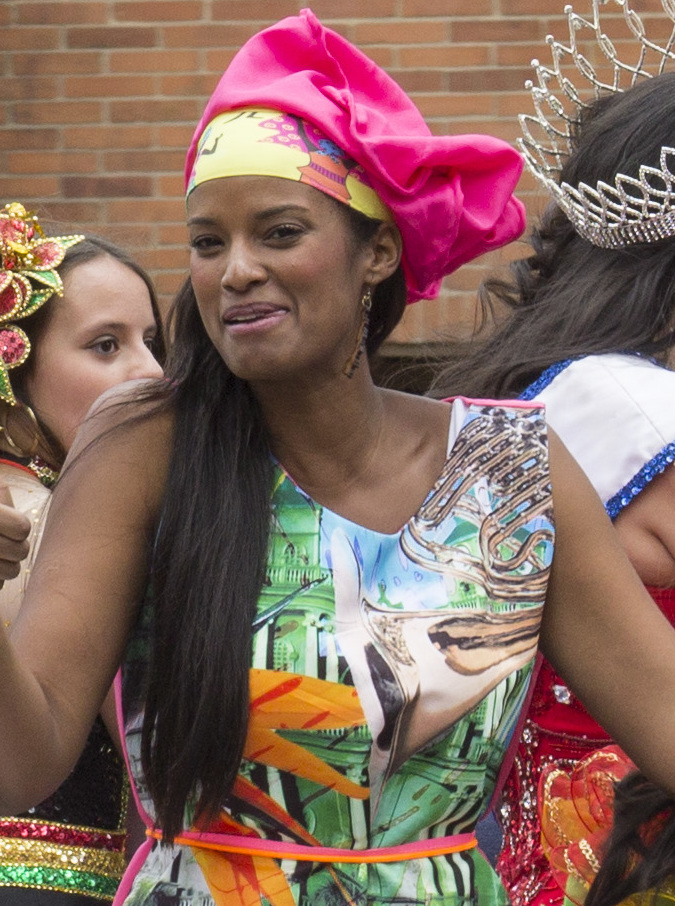 At the age of 20 Vanessa Mendoza was crowned Miss Colombia 2001. Although Afro-Colombians comprise 10.6% of Colombia’s population, this was the first year the title ever went to an Afro-Colombian beauty. Mendoza said she entered the Miss Colombia contest to represent her tiny village of Ungia, in the impoverished northern region of Choco [state], the only state in the nation that has a predominantly black population.  She won praises from the judges for her spontaneity and charisma. At her first press conference she said, “I always demonstrated that I came to the world to speak for my race and my State.”

The Miss Colombia Festival, the Concurso Nacional de Belleza, has been held since the mid-1960s. There is an alternative competition held at the same time called the Reinado Popular de Cartagena, which often selects women with darker skin. In 2001 the winner of that contest was Claudia Esther Guerrero Zapata.  Mendoza, however, decided to compete for the national crown in the Miss Colombia Festival.

Vanessa Alexandra Mendoza Bustos was born on July 25, 1981 as one of 16 siblings. Her father died when she was still young, leaving her mother to care for the family. Despite the poor living conditions she early showed great interest in becoming a model, pursuing a career that would lead to her quest to compete in the national beauty contest partly to bring recognition to Afro-Colombians.

The annual Miss Colombia beauty contest gathers a representative from each of the 32 “departments” [states] of the country for a two-week competition in Cartagena that now rivals the national football [soccer] championship match in popularity. Prior to winning the title, Mendoza convinced judges that she was the only pageant contestant who did not have plastic surgery done to improve her appearance. She received nearly perfect marks in all categories from the judges. She also became the crowd favorite with many calling her the “Black Barbie” because of what they considered her classic face and perfect proportions. Mendoza was crowned on the final night of the festival.

Vanessa Mendoza participated in the Miss Universe 2002 pageant, held in Bayamon, Puerto Rico, winning the award for Best National Costume. During that year she received the Grand Knight Cross from the Colombia House of Representatives and the Order of Democracy and Simon Bolivar awards from the Colombia Senate.

Since her reign as Miss Colombia, Mendoza has been active in the fields of health, education, infrastructure, and recreation. Working with the Caracol Foundation she dedicated time to exploring social issues and improving educational and recreational opportunities for youth in Choco state.