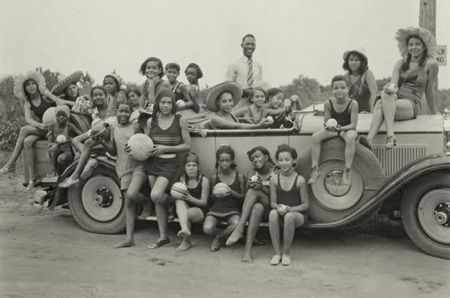 BLACKPAST.ORG OPENS WORLD OF BLACK HISTORY
TO THE WORLD OF INTERNET USERS

SEATTLE, WA — History buffs, students and general internet users are not limited to Black History Month to find a wealth of black history resources and information.  BlackPast.org, founded by nationally renowned professor of African American history Dr. Quintard Taylor of the University of Washington, opens the world of black history to millions of internet users all year long.

Taylor ensures the information on BlackPast.org retains credibility by verifying and editing each of the original encyclopedia entries contributed by over 300 academic, independent, and student historians from across the United States, Europe and Asia.  Among the contributors are leading historians from major universities such as Clayborne Carson of Stanford and Henry Louis Gates of Harvard as well as regional historians such as Amy Essington of California State University, Long Beach, and Susan Anderson of Los Angeles.  BlackPast.org’s credibility has made it the official sources for information on African America for leading research libraries in the United States, Canada, and Great Britain.

Taylor, Scott and Dorothy Bullitt Professor of American History at the University of Washington, is a leading expert on black history in the American west.  He authored two books, In Search of The Racial Frontier: African Americans in the American West, 1528-1990 (nominated for a Pulitzer Prize) and The Forging of A Black Community: Seattle’s Central District from 1870 through the Civil Rights Era.  His most recent work, America-I-Am: Black Facts, is the official chronology for the multi-year, multi-state America-I-Am Traveling Exhibit organized by T.V. and Radio personality Tavis Smiley.

BlackPast.org boasts entries on well known figures such as Frederick Douglass, Harriet Tubman, Marcus Garvey, and W.E. B. DuBois.  The website also profiles lesser known but significant people such as  George Bridgetower, a late 18th Century child prodigy in music from London, England for whom Ludwig von Beethoven wrote a Sonata which they played together in concert in Vienna in 1803.  BlackPast.org also profiles Eliza Grier who was born a slave but who worked her way through Fisk University and the Women’s Medical College of Pennsylvania and who in 1898 became the first African American woman to practice medicine in Georgia.

Originally intended to be an academic resource for students at the University of Washington, BlackPast.org has now evolved into a power tool for spreading knowledge around the globe. BlackPast.org experience exponential growth since its launch on February 1, 2007.  In 2008, the site generated more than 1 million visits.  Taylor is currently seeking funding to continue his efforts and make certain the site remains free and publicly accessible.  His goal is to make every computer, regardless of its location, a classroom in black history, every day of the year.