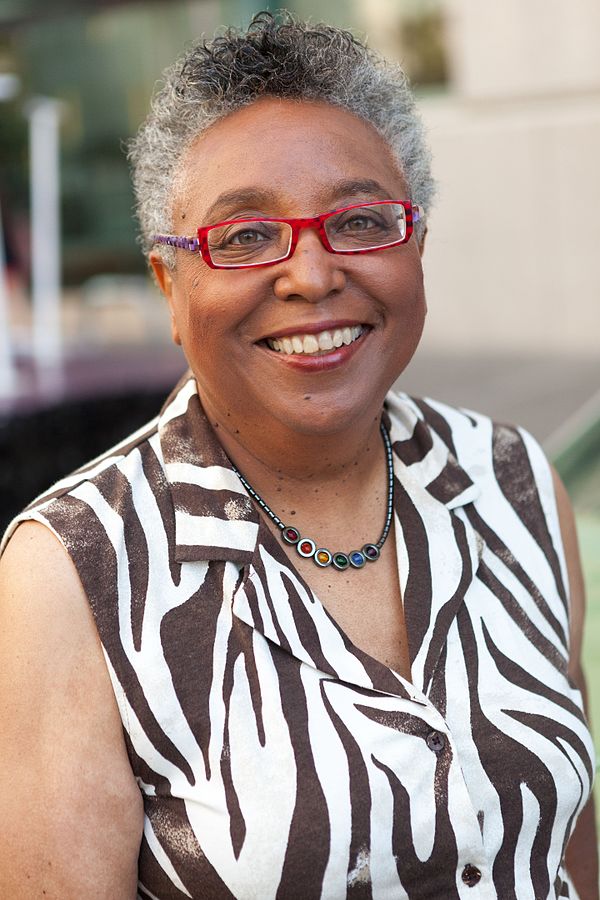 Sylvia Rhue is a distinguished writer, religious scholar, documentarian, and public speaker. She has engaged in significant work in religious communities around lesbian/gay/bisexual/transgender (LGBT) rights and sexuality as well as co-produced an award-winning documentary.

Rhue was born to Canadian-immigrant parents in 1947 in Pasadena, California. She had one brother (deceased) and a half-sister. Her father worked on the railroad; her mother was a secretary. She earned her undergraduate degree in psychology/sociology at Oakwood College (now University), a historically black Seventh-day Adventist college in Huntsville, Alabama in 1969. She received her master’s of social work (MSW) at the University of California Los Angeles in 1971. Rhue became the first African American to receive a Ph.D. in Human Sexuality, graduating from the Institute for the Advanced Study of Human Sexuality in San Francisco, California in 1986. Her doctoral dissertation focused on bonding strategies of black lesbians.

After finishing her MSW, Rhue worked for the Regional Center for the Developmentally Disabled. She next received employment as a psychiatric social worker at the Martin Luther King, Jr. Hospital in Los Angeles.  In this capacity, she trained as a sex therapist in 1973, eventually working within the African American community establishing a sex therapy clinic as well as in her private practice.

Her activism started during a 1964 high school meeting with Dr. Martin Luther King, Jr.  Rhue came out as a lesbian in the 1970s and became an activist. Co-founding the Black Gay and Lesbian Leadership Forum in 1988 further strengthened her activist commitment. She then worked as the Assistant Director of Counseling (1988-1992) and later as a Policy and Public Affairs Advocate for the Los Angeles Gay and Lesbian Center (2001-2002).  Next, the California Freedom to Marry Coalition hired her as Manager to coordinate this state-wide project to gain same-sex marriage rights for lesbian and gay couples (2003-2005).

Rhue joined the National Black Justice Coalition (NBJC) in 2004 as a founding board member.  In 2005, she accepted the position as Director of Religious Affairs, later becoming the Director of Research and Academic Initiatives. In 2012, she continued her writing as a Huffington Post contributor, work on her one-woman comedy show, “CAKE: You Ain’t Gettin’ None,” and a web campaign addressing homophobia in black Hollywood.