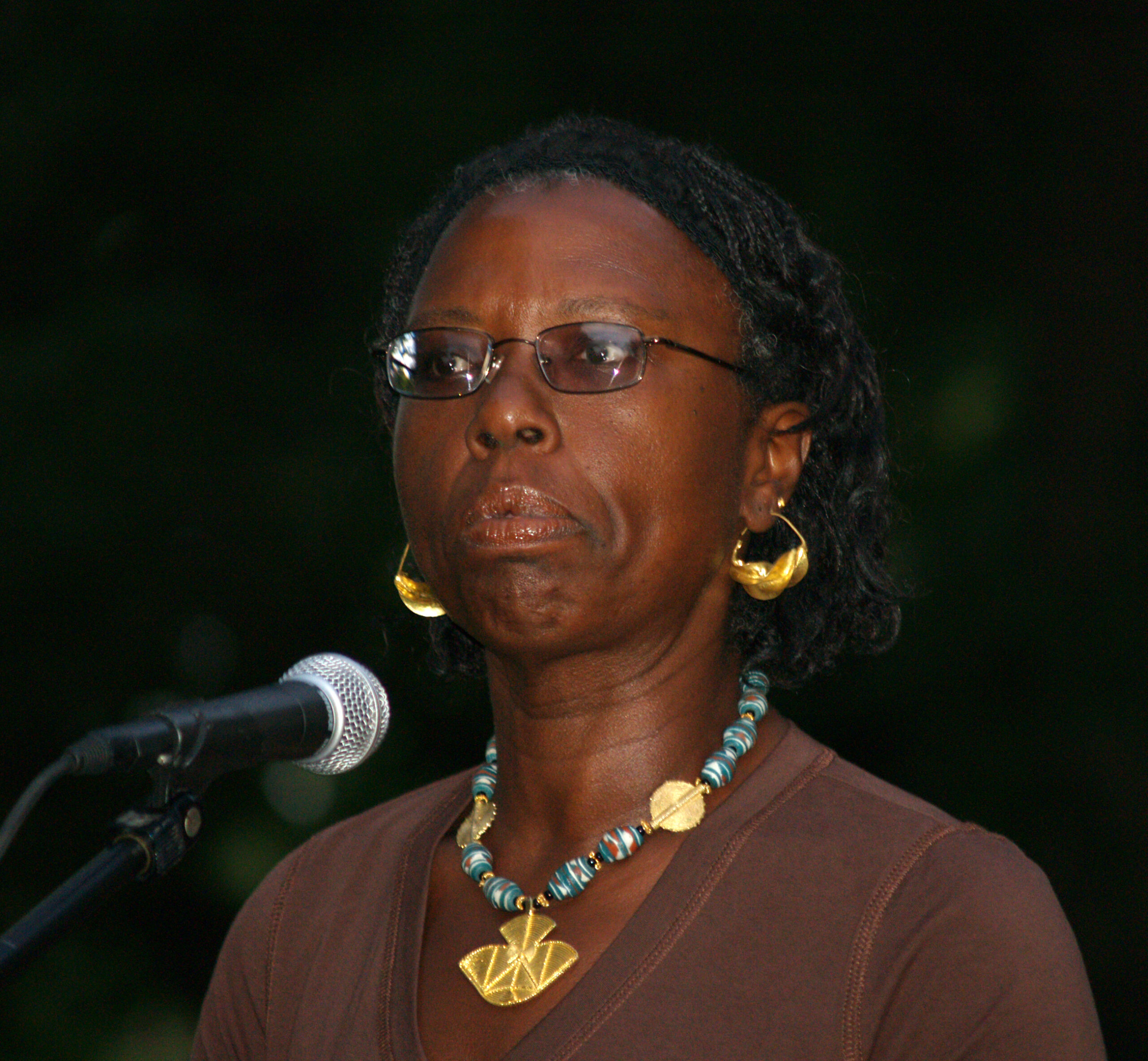 Gloria Naylor, August 2007
Courtesy David Shankbone (CC BY-SA 3.0)
Image Ownership: David Shankbone (CC BY-SA 3.0)
Gloria Naylor, a major 20th century writer of African American literature, was born on January 25, 1950 in New York City, New York to Roosevelt and Alberta Naylor. She was born just six weeks after her parents moved to the city from Robinsville, Mississippi, to escape the racially segregated South.  It is that combination of her family’s Southern roots and her on upbringing in the urban North that influenced her writing.

Naylor, an avid reader and writer in her teenage years, graduated with honors from Andrew Jackson High School in the Bronx, New York in 1968.  She immediately went on a mission to North Carolina and Florida as required by her Jehovah’s Witness faith.  Returning to New York City in 1975, Naylor enrolled in Medgar Evers College where she studied nursing. Soon later transferred to Brooklyn College where she studied English.

While still at Brooklyn College, Naylor’s first published work appeared.  Her essay, “A Life on Beekman Place,” was published by Essence Magazine in November 1979.  That essay became a chapter in her highly acclaimed first novel, The Women of Brewster Place, which was completed in 1981. The novel was later adapted into a movie by the same name, which was produced by Oprah Winfrey in 1989.

In 1981 Naylor graduated from Brooklyn College and began her M.A. program in African-American Studies at Yale University in Connecticut. Her master’s thesis, Lindon Hills, was published as a novel in 1985. She graduated from Yale in 1983.

In addition to writing professionally, Naylor also taught at George Washington University in Washington, D.C., New York University, Boston University in Massachusetts, and Cornell University.  She has published six professional works, which include the previously mentioned The Women of Brewster Place and Lindon Hills. She also wrote Mama Day (1988), Bailey’s Cafe (1992), The Men of Brewster Place (1999), and 1996 (2005). These works contain the similar concepts of apocalypse, morality, transcendence, and redemption, which stem from strong influences of racism and politics.

In 1983 Naylor received the American Book Award for Best first Novel for The Woman of Brewster Place and the Distinguished Writer Award from the Mid-Atlantic Writers Association. She also received a National Endowment for the Arts Fellowship in 1985 and a Candace Award from the National Coalition of One Hundred Black Women in 1986.  In 1988 Naylor won a Guggenheim Fellowship and the following year she was given the “Lillian Smith Award” for Mama Day.