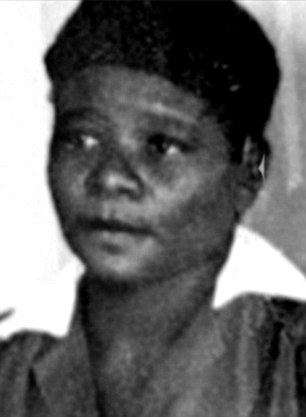 Born Ruby Jackson on August 31, 1909, Jackson was a wealthy married African American woman in Live Oak, Florida, who was arrested and convicted for killing a prominent white doctor in 1952, who at the time was also a Florida State Senator-Elect.

Born to Gertrude and William Jackson in Zuber, Florida, Jackson was the second child among six siblings. Although she started out attending the local segregated schools, she was moved to a private school where she excelled in bookkeeping.

In 1931 Jackson married Sam McCollum, and they moved to Nyack, New York. By the 1940s and early 1950s, the McCollums had amassed a fortune from selling burial policies and owning a funeral home, in addition to Sam and his brother running a gambling and liquor business. They owned a two-story house and a farm near Lake City, Florida. The couple raised four children, Sam Jr., Sonja, Kay, and Loretta whom Ruby said was the child of Dr. C. Leroy Adams.

African Americans were kept in second-class status until the passage of civil rights legislation in the mid-1960s. White men taking sexual advantage of black women had a long history, dating back to the time of slavery. This was called “paramour rights” at the time of the trial.

On August 3, 1952, Ruby McCollum met Dr. Leroy Adams, a white physician and state senator-elect in his office. She later admitted to shooting him four times in the chest after he wouldn’t agree to leave her alone. Ruby stated that over a period he had repeatedly forced her to submit to sex and that her youngest child, Loretta, was fathered by him. It was discovered in letters that Adams had abused her and that she was pregnant with another child by him during the time of the shooting.

An employee at the doctor’s office confirmed seeing Adams accept large deliveries of cash in the examination room after McCollum made public his participation in her husband’s illegal gambling. A day after his wife’s arrest, Sam McCollum died of a heart attack in Zuber where he had taken the children for protection. Black anthropologist and Harlem Renaissance writer Zora Neale Hurston was the first person to report on the trial outside of Florida. Her coverage led to national and international attention to the story.

McCollum presented her testimony in an all-white men jury, some of whom were former patients of the doctor and was defended by Frank Cannon. Despite considerable evidence of the abuse of McCollum by Adams, she was convicted for first degree murder and sentenced to the electric chair. Her case was appealed.

At the second trial, McCollum’s attorney, Frank Cannon, had McCollum enter an insanity plea. McCollum was then declared mentally incompetent to stand trial and was sent to Florida State Hospital. She stayed there until 1974, when she was released.

McCollum lived in the New Horizon Rehabilitation Center, a rest home in Silver Springs, Florida, until her death from a stroke on May 23, 1992. She was eighty-two at the time of her death.