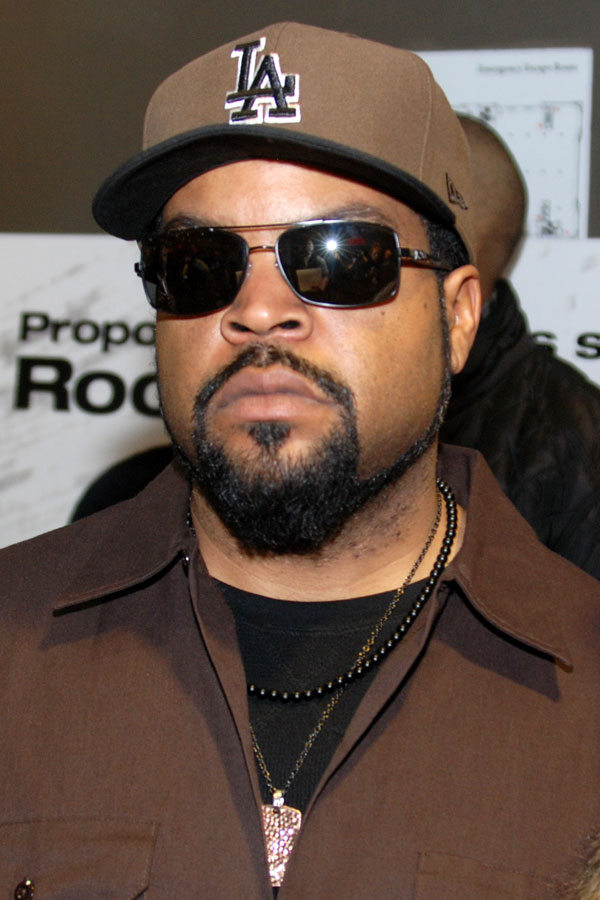 Groundbreaking West Coast “gangsta” rapper, actor, screenwriter, executive producer and director Ice Cube was born O’Shea Jackson on June 15, 1969, to Doris and Hosea Jackson in Los Angeles, California.  The Jacksons were a working class family; Hosea was a  groundskeeper at UCLA, and Doris worked as a hospital clerk.  As a teenager, Ice Cube, by then infatuated with hip-hop, began writing rhymes and honing his skill as an MC.  After graduating from Taft High School in 1987, he completed a certificate in architectural design from the Phoenix Institute for Technology in Phoenix, Arizona.

The developing local hip-hop scene in Los Angeles was influenced by the spread of crack cocaine and street gangs.  Doris and Hosea Jackson worked to ensure that their son did not get caught up in these activities by sending him out of the neighborhood to go to school.  While in high school, Jackson adopted the name Ice Cube and, with his friend Sir Jinx, formed a group named Cru In Action, or C.I.A.  Upon his return to Los Angeles from Arizona after high school, he combined with Dr. Dre, DJ Yella, MC Ren, and Eazy-E to form the seminal “gangsta” rap group Niggaz Wit Attitude, or N.W.A.

Ice Cube soon became N.W.A.’s leading lyricist and wrote the group’s most controversial single, “F-ck Tha Police,” which was on their album Straight Outta Compton (1988).  The song discussed police brutality and racial profiling in the crack era and generated numerous protests from law enforcement agencies, including a letter of reprimand from the F.B.I. to the group’s record label, Ruthless Records.  After a financial dispute, Ice Cube left N.W.A. to pursue a solo career ignited a high-profile feud with his former label.

His first solo album, Amerikkka’s Most Wanted (1990), was produced by Chuck D and the Bomb Squad, the architects of Public Enemy.  Ice Cube continued to produce and release multi-platinum-selling albums, both as a solo artist and a member of the group Westside Connection throughout the 1990s and into the 21st Century.  Along the way, critics labeled his lyrics racist, misogynist, anti-Semitic, and homophobic.

Ice Cube made his debut as an actor playing “Doughboy” in John Singleton’s Academy Award-nominated film Boyz N the Hood (1991).  In subsequent years, he has appeared in nearly 30 movies, including Higher Learning (1995), Three Kings (1999), Are We There Yet? (2005), and 21 Jump Street (2012).  He wrote the screenplay and served as executive producer for the 1995 film Friday, which spawned two sequels. He made his directorial debut in The Players Club (1998).

Ice Cube has also had an active career in television.  In 2006, he created and produced Black. White., a reality show that used makeup to allow people to experience life as a member of a different race.  In 2010, he produced Are We There Yet?, a television series that shared the name of the movie, which he also produced.