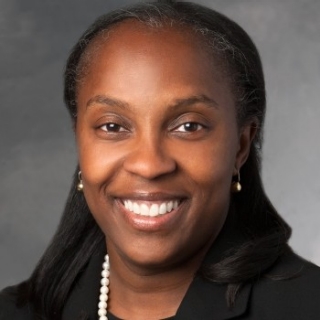 In 2018, Dr. Odette Harris of Stanford University in California became the second African American female professor of neurosurgery in the United States, following Dr. Alexa Canady who was appointed in 1981. Harris’s research and clinical focus is on traumatic brain injury and peripheral nerve neurosurgery.

Born in Jamaica in 1970, Harris took an interest in math in grade school and later while attending an all-girls school she developed a love for the physical sciences and chemistry while gaining inspiration from her female instructors.

Harris and her family moved to the United States, where she would then in 1988 enter Dartmouth College in New Hampshire where she completed her undergraduate studies including her pre-requisites for entering medical school and her requirements for her major in biology. In 1991, after three years as an undergraduate, Harris graduated from Dartmouth with a BA in Biology. She was then accepted into the Stanford University School of Medicine. Harris was one of only two women during her neurosurgical residency at Stanford University Medical Center and would be the only African American woman in her graduating class from Stanford in 1996.

Prior to completing her residency at Stanford in 2003, Harris earned a masters’ degree in Public Health at the University of California, Berkeley in 2001, specializing in epidemiology. She then held two fellowships. The first was the Van Wagenen Fellowship from the University Hospital of the West Indies in 2004 and the second specialized in Peripheral Nerve at Louisiana State University in 2007. Immediately afterward, Harris received her board certification in Neurosurgery from the American Board of Neurological Surgery in 2008.

Dr. Odette Harris has received numerous awards including the Scientific Award from the Caribbean Association Neuroscience Symposium/ University Hospital of the West Indies in 2011 and the STARS Volunteer Leadership Assembly Honoree from the Stanford Alumni Association in 2013.