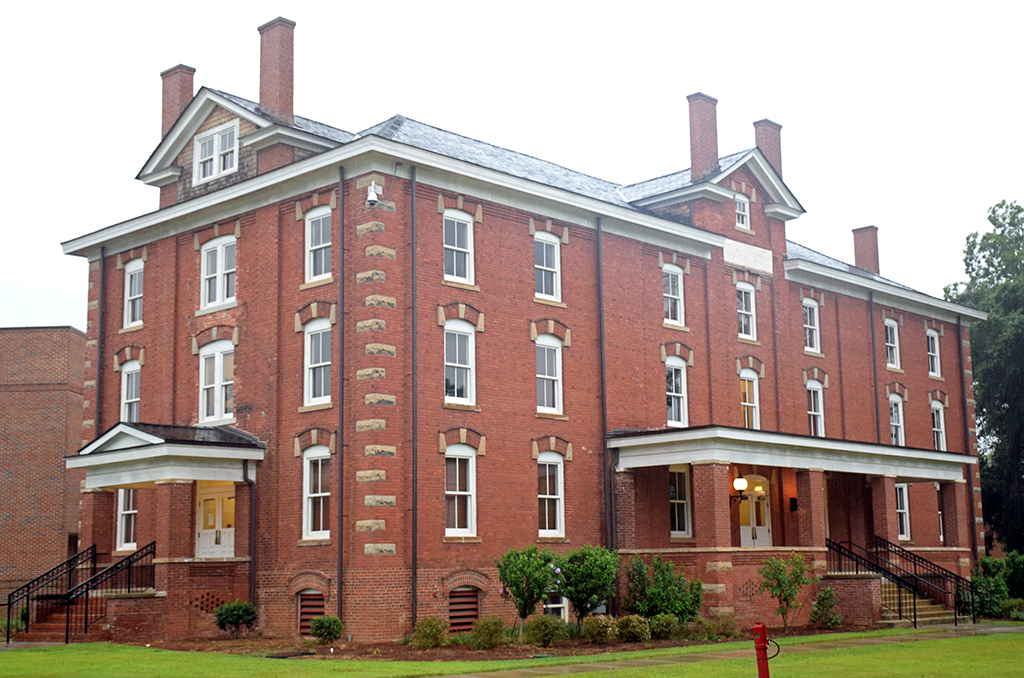 Fort Valley State University, in Fort Valley, Georgia, is a four year liberal arts land grant school that is part of the University System of Georgia. It was formed in 1939 when Fort Valley Normal and Industrial School merged with the State Teachers and Agricultural College of Forsyth.

The Fort Valley High and Industrial School had received a charter to establish a public school for children in 1895 and over the next thirty years it grew into a secondary school that offered general and industrial education to African American students. In 1932 it was renamed the Fort Valley Normal and Industrial School. The State Teachers and Agricultural College of Forsyth had been established nearby in 1902, also with the goal of educating African American students, to be teachers. As both schools grew, they looked to gain affiliation with the University System of Georgia Schools. The State Teachers and Agricultural College of Forsyth became a unit of that system in 1932, and seven years later Fort Valley Normal and Industrial School combined with the State Teachers and Agricultural College as Fort Valley State College and the school began educating students for four year degrees. Three years later, in 1941, Fort Valley State College granted its first baccalaureate degree.

In 1949, the Georgia Legislature officially named Fort Valley State College a “Land-Grant Institution for Negroes” and in 1957 it became one of the first historically black colleges to be granted full membership in the Southern Association of Colleges and Schools. On June 12, 1996, the institution became Fort Valley State University.

Currently, Fort Valley State University has more than 3,000 students and is accredited by the Commission on Colleges of the Southern Association of Colleges and Schools to offer associate’s, bachelor’s and master’s degrees. The school offers over 50 undergraduate majors, including computer science, agricultural economics, veterinary science, agribusiness, criminal justice, electronic engineering technology, mass communications, and commercial design. Seven graduate programs include study in education, counseling, animal science and biotechnology. The Fort Valley campus, some 1,365 acres, is the second largest in the state and supports a variety of agricultural research programs and the Cooperative Developmental Energy Program, which educates students in geology and technology for careers in the modern energy industry.

The student body of Fort Valley State University is 94% African American and mostly Georgian, but the school has an international focus that includes USAID grants for projects in Africa and the Caribbean. Students’ extracurricular activities include marching band, choir, a variety of student clubs, and intramural and intercollegiate sports teams. Famous athletes who are alumni of Fort Valley State University include Rayfield Wright of the NFL Hall of Fame, and Catherine Hardy Lavender, who set a world record for the women’s 50-yard dash in 1951 and won a gold medal in 400-meter women’s relay racing at the 1952 Olympic Games in Helsinki.