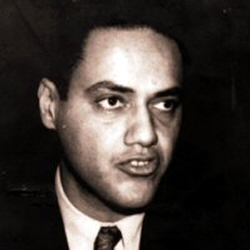 Alexander left the private practice of law in New York City in 1963 to become a Foreign Affairs Officer in the National Security Council (NSC) in Washington D.C.  The next year, President Lyndon B. Johnson appointed him Special Assistant to the President; then, in succession, Associate Special Counsel and Deputy Special Counsel to the President.  From 1967 to 1969, Alexander served as chairman of the EEOC.  In 1968, he was also named a special representative of the president, with the rank of ambassador.  In this capacity, he led the U.S. delegation to ceremonies marking the independence of Swaziland.  After Alexander left the EEOC, he returned to the private practice of law.

President Jimmy Carter selected Alexander as secretary of Army in 1977, the first African American to occupy this position.  As secretary of the Army, Alexander was chief of administration, training, operations, logistical support, and preparedness for the Department of the Army and controlled a budget of more than $33 billion.

After President Carter left office in 1981, Alexander again returned to private practice. He also founded a consulting firm, Alexander & Associates, Inc.  The firm consulted with a variety of Fortune 500 companies, including Major League Baseball, on effective recruitment and promotion of minorities and women.  In addition to being president of Alexander & Associates, Alexander has served on the board of directors for American Home Products Corporation, MCI Worldcom, IMS Health, and Mutual of America.  Alexander also has been a member of the Board of Governors for the American Stock Exchange.

In 1999, when Dun & Bradstreet Corporation’s chief executive officer (CEO) retired, Alexander was chosen by the corporation to temporarily oversee the operations of the $1.97 billion dollar company as well as oversee the search for a permanent CEO.

Clifford Alexander passed away on July 1, 2020 at his home in Manhattan. He is survived by his wife, Adele Logan; his son Mark; his daughter Elizabeth; and seven grandchildren. He was 88 years old.