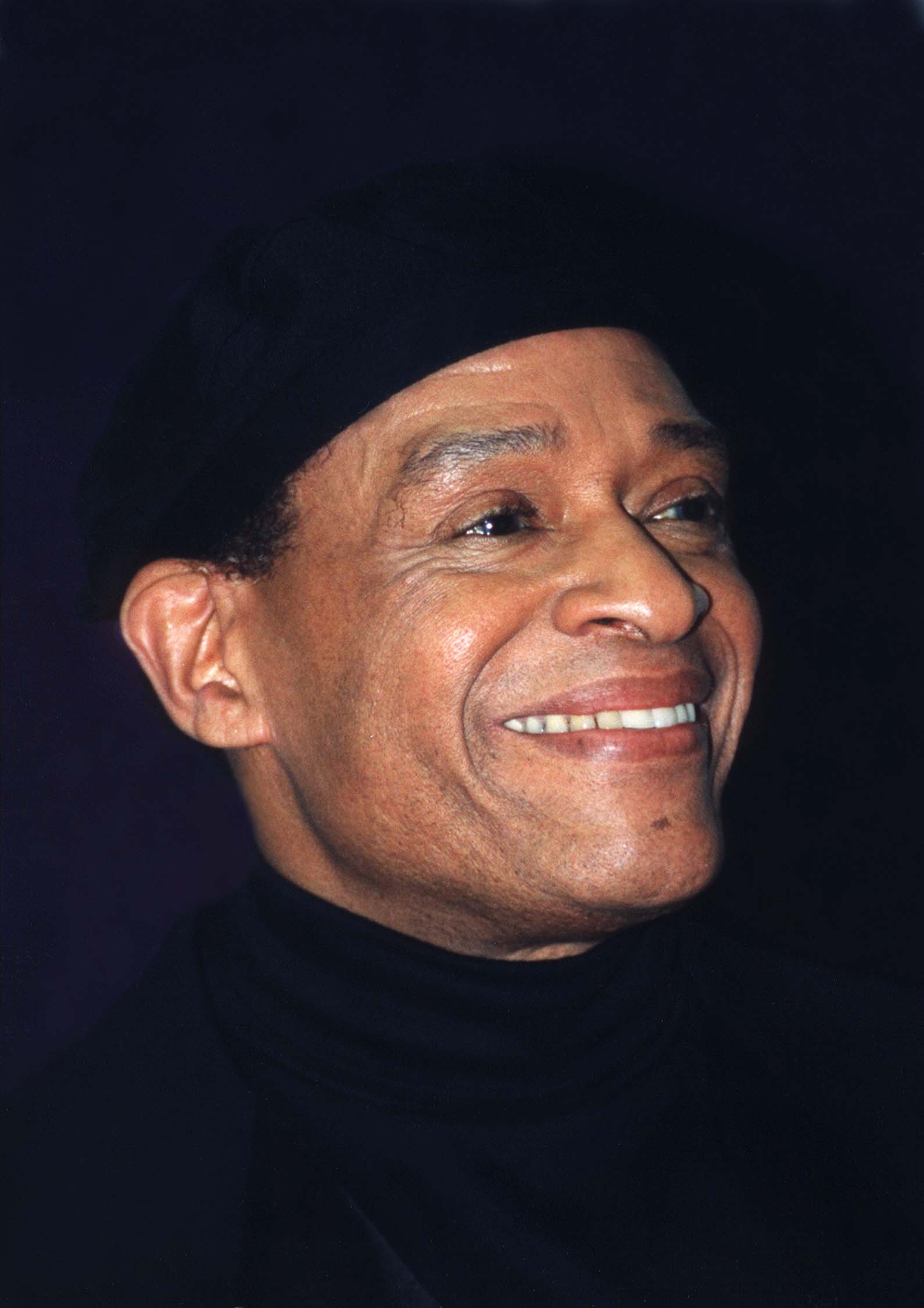 Commonly known as Al Jarreau, Alwin Lopez Jarreau was an African-American jazz singer and musician who received a total of seven Grammy Awards. Jarreau is best known for participating in the charity song “We Are the World” and his 1981 album Breakin’ Away.

Born March 12, 1940, to Pearl and Emile Jarreau in Milwaukee, Wisconsin, Al was the fifth of six children. Jarreau sang with his family at church and performed alongside his mother at Parent Teacher Association (PTA) meetings. He attended Ripon College where he sang in a group called “The Indigos” and graduated with a bachelor of science degree in psychology in 1962. He obtained a master’s degree in vocational rehabilitation from the University of Iowa in 1964 and became a counselor in San Francisco, California. Moonlighting with a jazz trio headed by George Duke, by the late 1960s, Jarreau decided to make singing a career after experiencing success at a Chicago, Illinois nightclub called Gatsby’s.

Jarreau married twice: the first to Phyllis Hall, whom he divorced in 1968, and the second to model Susan Elaine Player, whom he was married to until his passing. They had one son, Ryan Jarreau.

In 1968 Jarreau made jazz singing his primary occupation. One year later, he joined Julio Martinez to perform at major clubs such as the Troubadour in Los Angeles. He also received television exposure on the Johnny Carson, Merv Griffin, Dinah Shore variety shows. During this period, he began writing his own lyrics. He also became involved with Christian Scientology but later dissociated from the faith. Throughout his career, Jarreau’s Christian spirituality influenced his work.

In 1975 Jarreau was signed by Warner Bros. Records, following a performance with pianist Tom Canning. He also sang on the 13th episode of Saturday Night Live (SNL). He released his critically-acclaimed album We Got By which projected him into international fame. He won an Echo (the German version of the Grammies) for this album and a second one for his second album Glow. In 1978 he won his first Grammy for Best Jazz Vocal Performance for his album Look to the Rainbow. He won a second Grammy for his album Breakin’ Away.

Jarreau took an extended break from recording in the 1990s, but in 2003, he collaborated with conductor Larry Baird on symphony shows around the United States. Jarreau performed and toured with Joe Sample, Chick Corea, Miles Davis, David Sanborn, George Benson, Kathleen Battle, George Praecht, and Rick Braun. He also performed the role of the Teen Angel in the 1996 Broadway production of Grease. Jarreau received his star on the Hollywood Walk of Fame on March 6, 2001. In 2006 Jarreau appeared on the duet of American Idol finalist Paris Bennett and on Celebrity Duets with actor Cheech Marin. On February 16, 2012, Jarreau was invited to the famous Italian Festival di Sanremo to sing with the Italian group Matia Bazar.

On July 23, 2010, it was reported that Jarreau was critically ill at a hospital in France after a performance in Barcelona, Spain. He was treated for respiratory problems and cardiac arrhythmias. He was diagnosed with pneumonia in 2012 but fully recovered and toured for the next five years until he was hospitalized on February 8, 2017 for exhaustion. Al Jarreau died of respiratory failure just two days after announcing his retirement at the age of seventy-six.