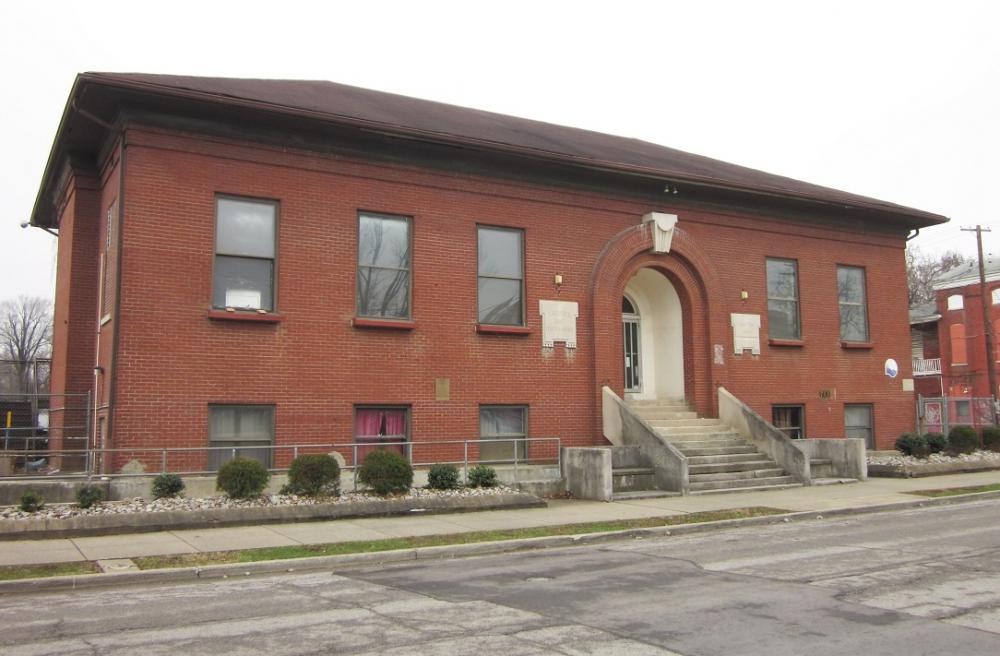 The Eastern Colored Branch was a segregated public library located at 600 Lampton Street in Louisville, Kentucky. Opened in 1914, it was the second of the city’s “colored” libraries and served Louisville’s east end. The Western Colored Branch, which opened in 1905, was the first free public library in the United States for African Americans. Both branches were among the twelve segregated public libraries funded by Andrew Carnegie’s library program of the early century. The Eastern Branch closed in 1975.

Over their decades of service, both “colored” branches became important educational support and community social centers for Louisville’s African Americans. They also served as models for other segregated libraries in the south. Behind much of their success was their head librarian, Thomas Fountain Blue, and the Western Colored Branch’s original children’s librarian, Rachel D. Harris, now both considered African American pioneers of librarianship. When Blue became head of the Louisville Free Public Library’s Colored Department in 1920, Harris relocated to the Eastern Colored Branch to serve as its Senior Assistant.

Listed on the National Register of Historic Places, the Western Colored Branch operates today as the Western Library, an integrated branch of the Louisville Free Public Library system. The Eastern Branch, however, closed on December 31, 1975. Its former building remains on the corner of Hancock and Lampton streets.

Acknowledgment: This project was made possible in part by the Institute of Museum and Library Services, grant #RE-31-16-0044-16.