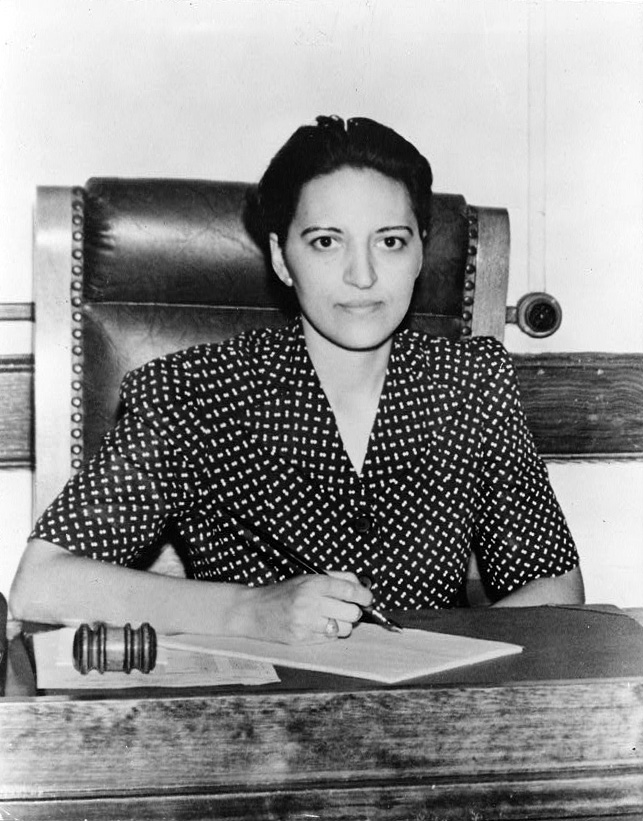 Jane Bolin was the first Black woman graduate of Yale Law School and the first Black female judge in the United States. Bolin was born in Poughkeepsie, New York on April 11, 1908. From her earliest days in her father’s law office, Bolin knew she wanted to be an attorney. She graduated from Wellesley College in 1928 and earned her law degree from Yale Law School in 1931.

Bolin clerked in her father’s law office until she passed the New York bar exam in 1932. She married fellow attorney Ralph E. Mizelle a year later, and together they opened up a practice in New York City. In 1937, Bolin was named Assistant Corporation Counsel for the City of New York, serving on the Domestic Relation Court. Mayor Fiorello LaGuardia appointed Jane Bolin Judge of the Domestic Relations Court in 1939, where she served for 40 years. During her tenure with two other judges she achieved two major changes: the assignment of probation officers to cases without regard for race or religion, and a requirement that publicly funded private child-care agencies accept children without regard to ethnic background.

Judge Jane Bolin reluctantly retired in 1979, after reaching mandatory retirement age, and went on to serve on the New York State University Board of Regents, where she reviewed disciplinary cases. Bolin was also a member of the National Association for the Advancement of Colored People (NAACP), the National Urban League, and the Child Welfare League.